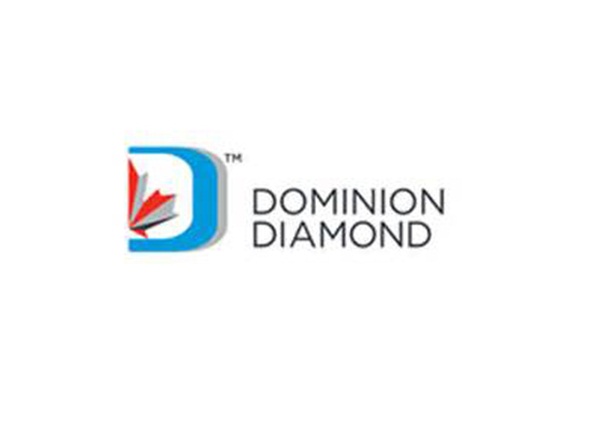 In its latest update on its renewed strategic focus on greenfield exploration activities in various properties in the Lac de Gras region in the Northwest Territories in Canada, Dominion Diamond Corporation has announced a maiden inferred mineral resource estimated at 51 million tonnes and 16 million carats at the Leslie kimberlite pipe at the Ekati mine.

The Company will now give Leslie the highest priority amongst pipes at the Ekati mine that have been bulk sampled, but not yet included in the mine plan. Dominion said that the close proximity to the existing infrastructure is a very positive factor for the Leslie pipe, and said that after several drilling programmes were completed, a sample of 224 carats has been recovered from approximately 680 tonnes of kimberlite for an average grade of 0.3 carats per tonne. Diamond price modelling is based on the 224-carat parcel.

The Company also reported that there are 150 known kimberlites on the Ekati property, including approximately 110 pipes that have not had follow-up bulk sampling programmes, of which the land-based Kodiak pipe at the Ekati mine has been accorded the highest priority.

Kodiak and Leslie pipes are close to existing infrastructure at the Ekati mine, with potential to be included in a future life of mine plan.

A renewed strategic focus on exploration has also been announced by the Company, with a success-based five-year budget of approximately C$50 million.

As part of greenfield exploration in fiscal 2018, Dominion will undertake a four-part programme including an assessment of historical geophysical data, till sample data analysis, an evaluation of known kimberlites to prioritize targets, and a field programme comprised of geophysics and diamond drilling of high priority targets. The geophysical data assessment will give priority to the Misery block and the Fox block.

Exploration has also been planned at Diavik and some other properties in the Lac de Gras region.

Jim Gowans, Chairman of the Board said, “Our renewed focus on exploration is generating strong results along the entire project pipeline, reflecting near-, mid- and longer-term potential. We are mining and exploring in what is still a relatively young mining district… there has been no greenfield exploration at Ekati since 2007, and of the 150 known kimberlites, only about 40 have had follow-up bulk sampling. We believe there is strong potential for further exploration success at Ekati and Diavik, and throughout the highly-prospective Lac de Gras region.”