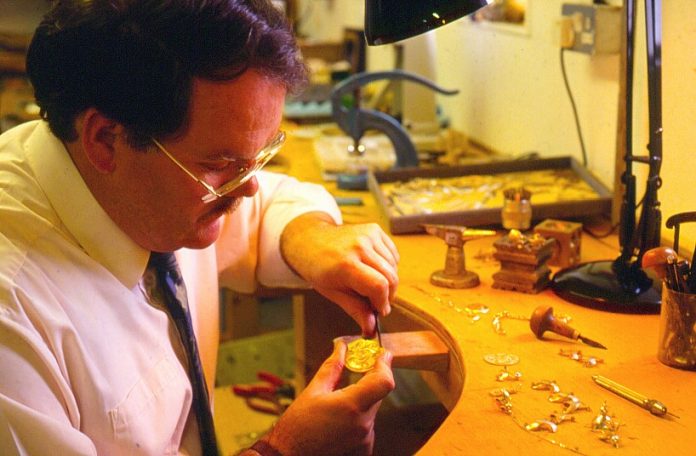 An Irish jeweller claims a store opened by two former employees is passing of products similar to those he has created over the past 40 years.

Brían de Staíc, a jeweller, artist and goldsmith to the stars who runs a number of shops in Cork and Kerry, says the store opened by ex staff members in Dingle, Co Kerry, is selling products similar to his popular Ogham Stone collection.

According to the Independent IE, de Staíc is seeking a High Court injunction preventing the rival, AJ Bácéir Teoanta, trading as Dingle Goldsmiths, from infringing his copyright and passing off its products under the name Ogham Stone collection.

The directors of Dingles Goldsmiths, Jerry and Aideen Bácaéir, were employed by Brian de Staíc Teo for a number of years, before opening their own boutique – seven doors from the jeweller’s outlet in Green Street, Dingle – in April 2017.

As reported by the Independent, de Staíc claims the rival jeweller is copying his Ogham Stone collection, even advertising and selling the products in a similar manner. He says this amounts to passing off and causes confusion in the minds of the public.

de Staíc believes Dingle Goldsmith is piggybacking on the success his retail business has built up over the years, particularly in relation to the US tourist market and the tour buses which visit the town.

The court case is still underway, with the case returning next week.