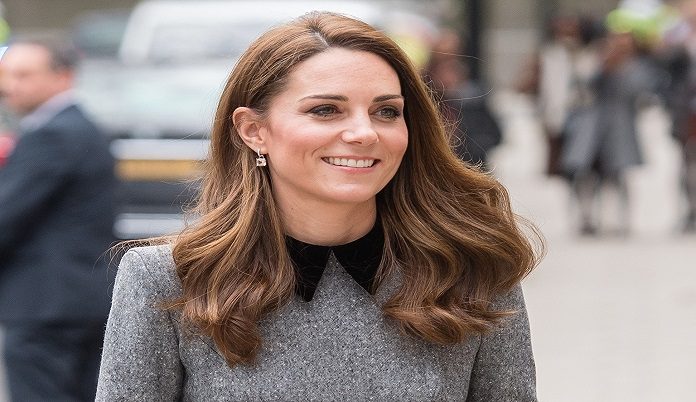 In an age where social media stars seem to be on the rise, influencers are still no match for the young royals, with the ‘Kate Effect’ bolstering business for many British jewellery brands, including Annoushka Ducas’ namesake firm.

Speaking at the Hay Literary Festival in Wales this Sunday (May 26), the jewellery designer said: “People pay influencers a fortune to wear jewellery on the catwalk or at the Oscars, but my experience is that had absolutely no influence on sales at all unless it is somebody like the Duchess of Cambridge.”

According to a report in The Times, Ducas was talking about branding at the event and was asked about the Kate Effect on her own sales.

“Phenomenal. She is her own brand, and she is internationally well known and that drives traffic from all over the world,” the designer responded.

Kate Middleton has been wearing Annoushka jewellery since purchasing a £250 pair of baroque pearl drop earrings five years ago.

The jewellery designer says she saw a “phenomental” rise in sales after the Duchess of Cambridge was spotted in her earrings, with traffic from all over the world flooding the Annoushka Jewellery website.

According to Ducas, the Duchess came into store herself, but didn’t buy the pair on her visit. Somebody came in to collect the earrings on her behalf at a later date.

The Duchess is regularly spotted in the earrings, that now cost £325, alongside an Annoushka diamond eternity ring that she wears on a daily basis.

Duscas says the effect on sales has been “phenomenal” and what rate the royal seal of approval over any social media star.

The 7 Biggest Innovations in Jewelry Design

HISTORY OF EARRINGS THAT YOU MUST KNOW

Watches
Besides a necklace, earrings, or a ring, watches are something most people wear even at work. For some, it’s become a part of their...

Industry
Recently, we’ve been tracking the changing tides of the jewelry industry. From heaps of high-power celebrity collaborations to explosive trends rising out of TikTok,...
- Advertisement -