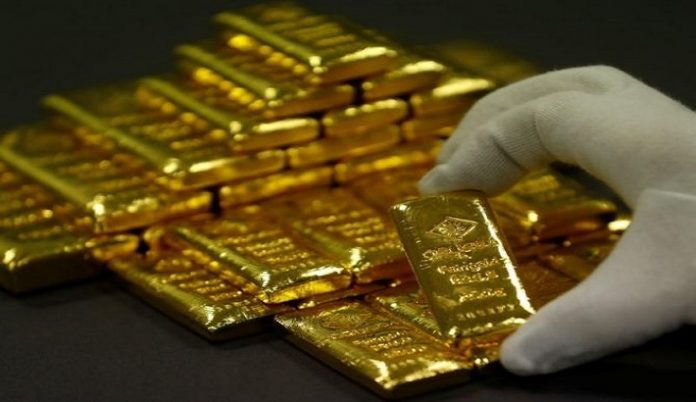 Gold prices fell to a more than one-week low on Monday, as stronger-than-expected data from China and a robust start to the U.S. earnings season soothed concerns about a global economic slowdown, denting the appeal of bullion.

“Gold prices have fallen because of improving macro-economic data which is favouring risk-taking,” said Margaret Yang, a market analyst with CMC Markets, Singapore.

Among positive catalysts in the market area better-than-expected credit and export growth figures from China, a positive kick-off to the earnings season in the United States and hopes of a U.S.-China trade-spat resolution, Yang added.

Asian shares started the week on a firm footing while the safe-haven yen hovered near its lowest level this year.

Chinese customs data showed on Friday that exports for the country rose 14.2 percent from the previous year in March, the strongest growth in five months.

Also helping risk-on sentiment, U.S. Treasury Secretary Steven Mnuchin said on Saturday a U.S.-China trade agreement would go “way beyond” previous efforts to open China’s markets to U.S. companies and hoped that the two sides were “close to the final round” of negotiations.

Gold, which is usually considered a hedge against economic and political uncertainty, suffers when risk-sentiment revives.

“The U.S. Federal Reserve hit the brakes hard in the first quarter but as data has improved rate cut chances are lower,” Alfonso Esparza, senior market analyst at OANDA, said in a note.

“If retail sales (due later this week) outperform it would start building a case for an interest rate lift later this year despite the Fed’s dovish turn in January.”

However, officials in the joint communique of the International Monetary Fund’s steering committee said the global economy was still not out of the woods with trade disputes and tighter financial conditions still remaining top threats to the pace of global growth.

Speculators increased their bullish wagers in COMEX gold in the week to April 9, the U.S. Commodity Futures Trading Commission (CFTC) said on Friday.

Among other precious metals, silver was unchanged at $14.95 an ounce. 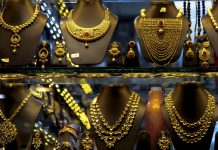 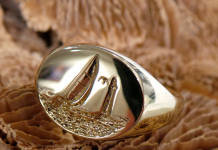 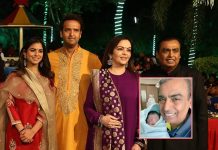