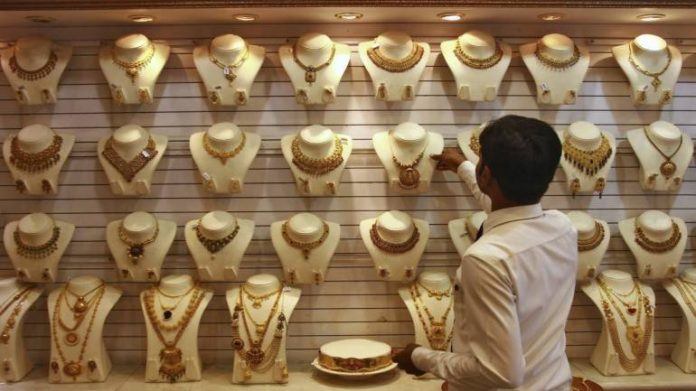 The commerce ministry is working on a package in consultation with the gems and jewellery industry to boost export and create jobs in this labour intensive sector, Union minister Suresh Prabhu has said.

The ministry has already asked the gems and jewellery industry to work out a proper business plan to promote the growth of the sector.

“We have some time left, in another few weeks we have to finalise it as Budget will be in February, so we have to work on that,” Commerce and Industry Minister Prabhu told PTI.

The Gems and Jewellery Export Promotion Council (GJEPC) has demanded cut in import duty on gold to 4 percent from the current 10 percent.

An official of the council said the industry body is preparing recommendations for the sector which would be submitted to the ministry.

“We have asked for a cut in gold import duty to 4 percent. We are hoping that the finance ministry will consider our demand. We also want support for technology upgradation and setting up of gems and jewellery parks in the country and streamlining of labour rules,” the official said.

When asked about the demand of the industry for cut in import duty on gold, he said “there is a trade-off” as too much of gold import causes a problem for CAD (current account deficit) but on the other hand inbound shipments of the precious yellow metal for export purposes benefit the current account.

In general terms, CAD refers to the difference between inflow and outflow of foreign exchange that has an impact on the exchange rate.

PC Jewellers MD Balram Garg too said that there has been demand for a significant cut in the import duty as small exporters are facing a huge problem in procuring gold.

“We need to give incentives to boost exports of the sector. We have submitted our demand. The commerce ministry is very positive on that. The export situation is not good and incentives will help enhance the competitiveness of the sector,” Garg said.

India is the world’s second-biggest gold consumer after China. The import mainly takes care of the demand for the jewellery industry.

At present, gold import attracts 10 percent duty. The gems and jewellery industry along with the commerce ministry have time and again urged the finance ministry to consider a cut in the import duty.

Talking about the diamond sector, Prabhu said he is talking to the chief minister of Madhya Pradesh to revive a diamond mine as reserves for raw material is not adequate in the country.

He said that huge diamond reserves are present in Russia and the minister has discussed the issues concerning procurement of raw material with the officials during his recent visit to Moscow.