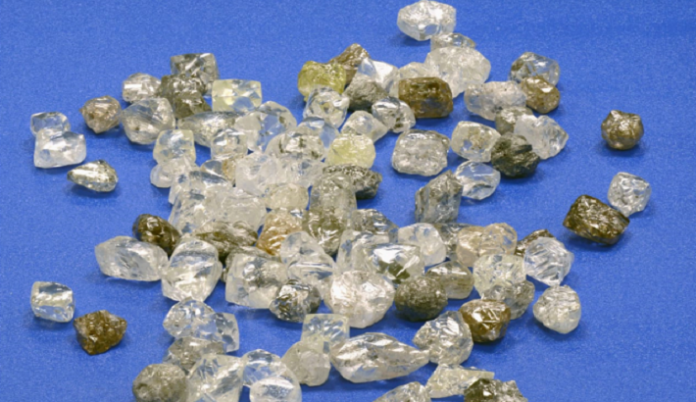 Alrosa predicts that the Zapolyarnaya pipe in its Verkhne-Munskoye diamond deposit in west Yakutia may become one of its richest sources for large diamonds.

During a week-long experiment conducted earlier this month, about 100,000 tons of ore from the Zapolyarnaya pipe was processed with the goal to establish the quality, color and clarity grades of the diamonds samples and to assess the cost per carat mined from this particular location. The company said that the “produced diamond grades that were much higher than planned.”

The Verkhne-Munskoye diamond deposit is located about 170 km from the town of Udachny. Up to now, the company has explored four kimberlite pipes: Zapolyarnaya, Deimos, Novinka, and Komsomolskaya-Magnitnaya.

“The experiment showed once again that the Verkhne-Munskoye deposit is rich in large crystals. In 5 days, we extracted 239 large (over 8 carats) diamonds from the Zapolyarnaya pipe, or more than 3.5% of the number of diamonds extracted during the experiment. This is a very significant indicator,” Andrey Cherepnov, Alrosa’s Chief Engineer, said.

The Verkhne-Munskoye diamond deposit was officially launched on October 31, 2018.