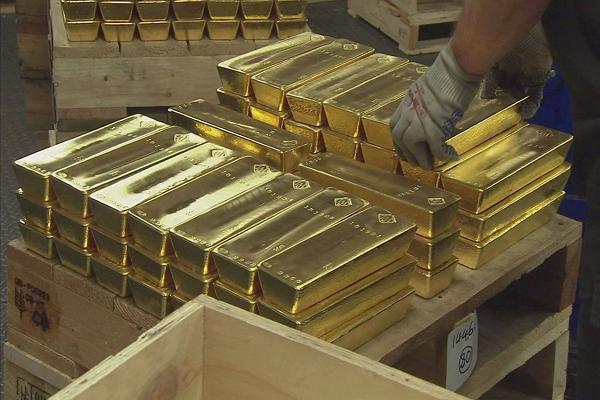 Central banks are hoarding gold. China, Russia and many Asian and West Asian central banks have started accumulating gold. Now that the fashion of hoarding gold is back, let us see the fundamental reasons behind it.

Recently, a new crowd of gold buyers have emerged. They are Chinese investors. Before 2015, private ownership of gold was restricted. But from 2015, the Chinese government has privatised gold ownership. The official figure of gold holding by the Chinese central bank is 1,842 tonnes, worth $84.45 billion. That figure is rising steadily. China was the top gold jewellery buyer in 2017, according to the GFMS gold survey.

So is the Chinese central bank or the Russian central bank bullish on gold? The answer is no. For gold investors, this might be negative news. Central banks are not accumulating the yellow metal because of any value or inflationary considerations. The Chinese central bank is trying to diversify from the US dollar on which it has become overly reliant due to massive foreign exchange reserve. China has a staggering $3.091 trillion foreign exchange reserve. It also owns $1.09 trillion worth of US T ..

In addition, it also holds trillions of US dollars more in cash and bank deposits. Iran also used the same gold strategy. When Tehran was subjected to trade sanctions and banned from US dollar transaction and clearing, it had to opt for the old fashion gold barter system. Recently, the Russian government has also started the same tactic, after Russia invaded Crimea and was subjected to trade sanctions.

To prop up their currencies, they have started accumulating gold to boost reserves. Germany brought back the gold reserves it had stored in French vaults. German investors have turned to gold to protect their wealth in the face of loose monetary policy and successive financial crises. In 2016, €6.8 billion was ploughed into German gold investment products. Countries like South Korea, Taiwan, Singapore and The Netherlands have all started owning gold.

Russia, Indonesia and Turkey have already started accumulating gold to prop up their currencies. Russia added 34 tonnes of gold in September. The Russian central bank’s gold holding stood at 1,779 tones and was the sixth largest just behind China. According to a Nikkei article, China has announced that any oil exporter that accepts yuan for oil can convert the oil into gold on the Shanghai Gold Exchange and hedge the hard currency value of gold on the Shanghai Futures Exchange.

For this, China needs physical gold. So central banks are not buying gold because they feel the prices are undervalued, but to diversify their reserves from the US dollar.

But one point cannot be ignored: gold buying by central banks amid limited supply will tighten the gold price situation. This should appreciate gold prices but that would happen in the long term, since short-term gold prices are prone to manipulation by shorting in futures.

(Aasif Hirani is Director of Tradebulls Securities. Views are only for reference. Investors should consult their financial advisers before taking any investment decisions.)