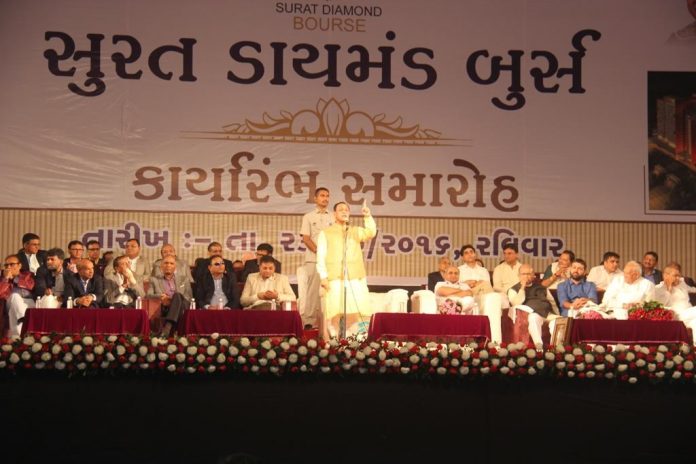 Work on the construction of the Surat Diamond Bourse complex commenced on Sunday October 23 at an impressive function at the site held in the presence of the Chief Minister of Gujarat Shri Vijay Rupani, the Dy Chief Minister Nitin Patel and others from the government and the industry. According to the SDB officials, the construction is expected to be completed and the bourse is expected to be operational by 2019.

Speaking on the occasion, the CM said that the project would create nearly 1.5 lakh jobs and would help develop Surat, already the world’s largest manufacturing centre, as a global trading centre too.

The project will be spread over an estimated 36 acres on the outskirts of the city,  an official statement said, and will house over 4,000 offices. It will have more than 60 lakh square feet of built up area including common facilities such as trading hall, self-deposit vaults, museums, banks, customs office, retail zone, auction house and security control room, among others, the statement added.