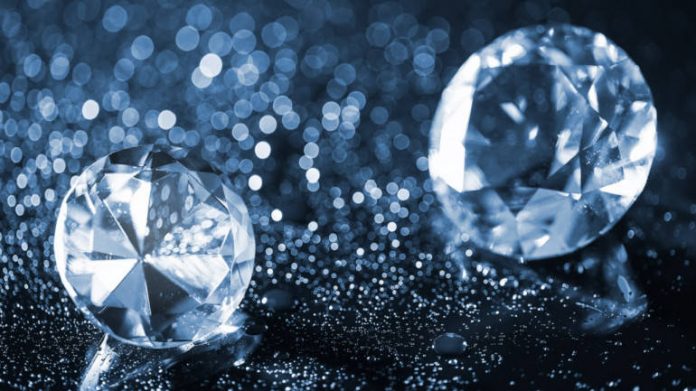 The consumer demand for diamond jewellery saw a marginal growth in 2016, driven by strong performance in the US, where the demand exceeded USD 40 billion for the first time, while the strength of the US dollar weighed on the performance in some of the other key global markets, according to De Beers’ ‘Diamond Insight Report: 2017′.

The consumer demand for diamond jewellery has lifted globally, with rising retail sentiment in Chinese and Indian markets, according to a report.

The consumer demand for diamond jewellery saw a marginal growth in 2016, driven by strong performance in the US, where the demand exceeded USD 40 billion for the first time, while the strength of the US dollar weighed on the performance in some of the other key global markets, according to De Beers’ ‘Diamond Insight Report: 2017’.

The demand for rough diamond also increased in 2016, supported by consumer demand and the midstream re-stocking that followed a period of weaker purchases towards the end of 2015, it said.

These trends, it said, have continued so far in 2017, with improving retail sentiment being reported in the important Chinese and Indian consumer markets.

The industry is also witnessing a changing consumer landscape with emerging women buyers, it said.

“The economic influence and social empowerment of women is evolving rapidly all around the world and the diamond sector must respond to the new consumer landscape, and to new opportunities,” De Beers group CEO Bruce Cleaver said.

The role of women in the society is undergoing a significant shift for several reasons, with they now having much more spending power than in previous generations and there is a much higher degree of self-purchase than before, the report said.

And all aspects of diamond promotion – including design, concept and role models – should reflect the new reality of womanhood if the industry is to capitalise on the continuing strong desire for diamond ownership, Cleaver said.

He said 2016 saw the return of positive trends throughout the diamond pipeline. However, the continued evolution of women’s roles in the society and in the global economy means that new challenges and opportunities are emerging.

Often, self-purchasing is done on an impulse and for no specific occasion and are made without any prior research, ranging from 21 per cent in China to 40 per cent in the US, it said.

However, the story is different in India where single women are likely to buy diamond jewellery once they have saved enough after starting work, it said.

These are often important ‘milestone’ purchases, which give them a powerful sense of achievement.

“Married women in India buy for themselves to fulfil a long-held dream,” the report said.