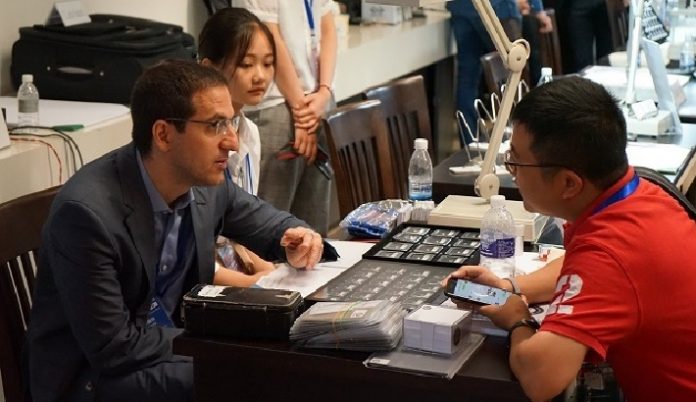 The first Israel Diamond Week in Shanghai, held July 16-18, ended “on a high note and is expected to become an annual event”, the Israel Diamond Exchange (IDE) website reported..

The event included an Israeli exhibition of diamonds in China, during which a memorandum of understanding for cooperation between the Chinese and Israeli Exchanges was signed at a festive ceremony. According to the IDE, SDE President Lin said that this is one of the most important events to be held at the SDE and that he was very happy to see such vitality and energy on their trade floor. Lin said that the event reminded him of the unique atmosphere that prevails on the IDE trade floor at the international diamond week in Israel and that he looks forward to further productive cooperation.

IDE President Dvash said: “In this situation, we must bring our Chinese partners closer with an aim to show the many advantages in working with members of the IDE, with emphasis on the benefits of the orderly regulatory environment in the country. Penetrating the Chinese market, as opposed to the American and European markets, is more complex and requires studying the target community and the challenges of local regulation. Precisely at complex interface points, the exchange is the only factor capable of opening trade relations to members and of becoming the coordinator between the Exchanges whilst providing services to its members”.

Dvash also said that in Israel, the “Start-up Nation”, many high-tech companies cooperate with Chinese companies, adding that the IDE believes in the power of technology to benefit the diamond industry and in innovative commerce via the internet. “Even though the process is still in its infancy”, Dvash said, “it has tremendous potential and we expect to see it grow and develop”. He expressed his certainty that this is just the start of intensifying the excellent relations between the two bourses.