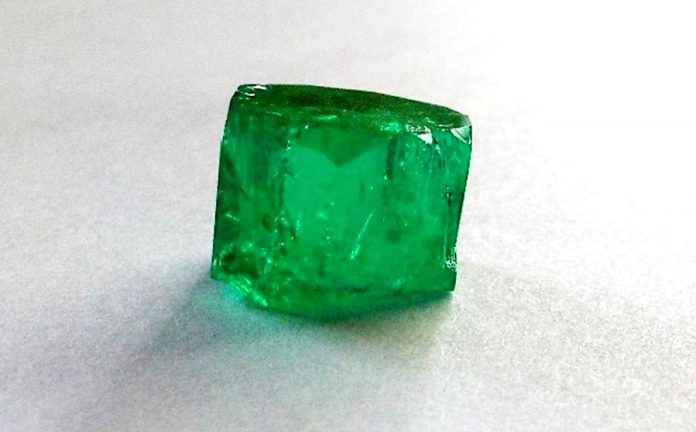 Fura Gems Inc. (“Fura” or the “Company”) (TSXV: FURA.V, OTC: FUGMF and FRA: BJ43) announces today the discovery of a rare and exceptional 25.97 carat rough emerald at its Coscuez Colombian Emerald Mine located in Boyacá, Colombia. This Colombian emerald is believed by the Company to be considered rare and exceptional due to its size, colour saturation and clarity. The discovery was made as part of an ongoing bulk sampling program that commenced in late March 2018. The 25.97 carat emerald has been named the “ÄRE Emerald”, named after a figure in ancient Colombian mythology responsible for the creation of the primary sources of emeralds in Colombia’s Boyacá region: the Fura and Tena mountains as well as the Rio Minero River

“We are thrilled with the discovery of this exceptional emerald in these very early stages of our bulk sampling program. The results of this program so far have well exceeded the expectations of our highly qualified management team. The quality of the ÄRE Emerald truly represents the opportunity and prestige of the Colombian emerald, which are the most sought-after emeralds in the world,” commented Dev Shetty, President& CEO of Fura. “Work has also already commenced on the maiden mineral resource at Coscuez, and we are hoping to have this completed by Q4 of this year. Fura is still a Company in its infancy but I am proud of the progress that we have made till date”

Emeralds. The Company has also made significant progress on the pilot wash-plant which will support the bulk sampling process with a nameplate capacity of 30 tons per hour. The design phase has now been completed and the Company expects the plant to be commissioned on or before 03rd quarter of 2018.

Once the Company has completed its bulk sampling program, the maiden mineral resource has been formalized and the Colombian emerald grading system well established, the first auction of its Colombian emeralds will take place. The Company expects the first sale of rough emeralds to occur sometime during the second quarter of 2019.

The Company cautions that it is not basing its production decision on a feasibility study of mineral reserves demonstrating economic and technical viability, and as a result there is increased uncertainty and there are multiple technical and economic risks of failure which are associated with this production decision. These risks, among others, include areas that are analyzed in more detail in a feasibility study, such as applying economic analysis to resources and reserves and a number of specialized studies in areas such as mining and recovery methods, market analysis, and environmental and community impacts.