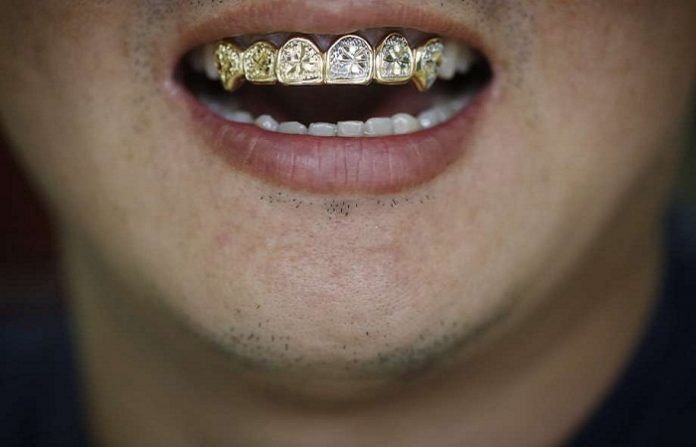 According to police, a Florida jeweler really had a mouthful.

Jose P. Cancel, the owner of JPC Jewelers in Tallahassee, Fla., has been arrested and charged with practicing dentistry without a license, for allegedly making custom grills for locals, according to a statement from the Tallahassee Police Department.

Cancel, 59, has also been charged with operating a nonregistered dental laboratory without a license by the Florida Department of Health.

According to an affidavit posted online, the Tallahassee Police Department special investigations unit received a tip that “suspicious individuals” were frequenting the JPC Jewelers store and only staying for short periods of time, about two or three minutes. This led to an investigation.

Police allege that Cancel had a business taking impressions of teeth to create grills, custom plates of teeth. After authorities received a search warrant, investigators say that inside the story they found an active dental laboratory, which included over 200 teeth molds and impressions. They arrested Cancel and seized $800 in cash. An investigation is ongoing.

Even the police department seemed taken aback at the unusual nature of the case, headlining its statement, “TPD Takes a Bite out of Crime.”

Yet, police spokesman Damon Miller also told local station WCTV that that creating dental products without a license can be serious business.

“A lot of times people are not using actual gold or silver or platinum, they’re using other materials which can be harmful to you,” Miller said. “It’s very important that you check for their license and make sure they’re registered in the state of Florida to practice dentistry.”

Cancel “basically had a laboratory conducting these transactions and making molds and plates for these customers,” Miller added.

Cancel could not be reached for comment. According to WCTV, a sign on the door says the business is currently closed but plans to reopen.

Diamonds from Tsodilo’s BK 16 Kimberlite Project Sent to Lucara For...