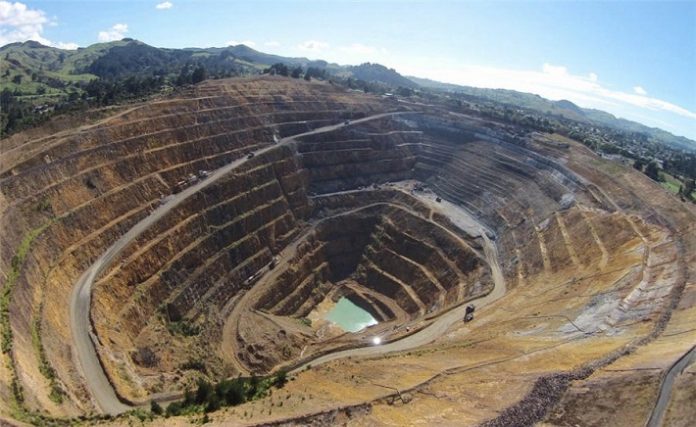 OceanaGold Corp. has grown the indicated resource for its Martha underground project at its Waihi gold mine in New Zealand by 136% and inferred resources by 97%.

“Over the past two years, we have made prudent investments in extensively drilling out the mineralized structures beneath the Martha open pit,” Mick Wilkes, OceanaGold’s president and CEO, noted in a statement. “Since that time we have reported dozens of significant drill intercepts and a growing resource which has not culminated into an indicated resource of 331,000 ounces of gold and inferred resources of 667,000 ounces of gold.”

The company recently started permitting for the underground project, which it believes has the potential to add a further ten years to Waihi life-of-mine.

Since the start of the underground drill program at Martha, OceanaGold has drilled about 30,700 metres to define mineralization along sections of the Martha, Royal, Empire and Rex veins.

Over the next 12 to 18 months it will continue to explore along two vertically separated underground drill drives and from several surface locations to further discover and convert resources.

The company has allocated a budget of over $11 million this year for drilling at its Martha underground project.

Best argument for gold standard is Trump himself

SEBI Gives the Nod for MCX to Launch Options Contract for...