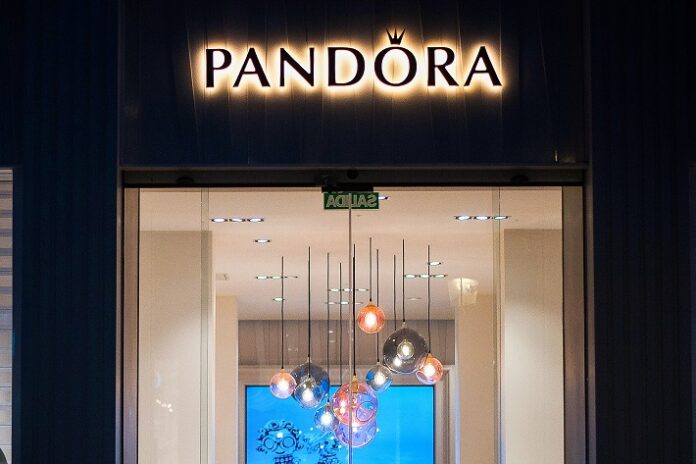 Only seven months till Christmas 2020!

Popular jewelry chain Pandora, known for its keepsake charms, is starting the all-important retail countdown by reopening half of its 375 stores in North America with an eye toward ironing out the kinks required to operate under the threat of COVID-19 during the holiday season, The Post has learned.

“At this point, we are more focused on Christmas,” Pandora Jewelry President Sid Keswani, who heads up the North America region, told The Post.

To manage store crowding, Denmark-based Pandora is taking a page from the restaurant industry — employing the Waitlist Me app to let customers know when they can enter the store. The idea is to avoid making customers stand in line at the entrance, which is neither safe nor fun.

The app tells customers via a text message when they can safely enter a store, while customers themselves notify sales associates about what they are looking for so those items can be pulled and displayed. Pandora also is limiting the number of store customers to five at one time — even though sales staff can only serve three customers at a time.

“We are learning what to do if we had to manage crowds three to four times the size we are getting now,” Keswani said, adding that Pandora’s reopened stores in outdoor shopping centers have attracted more customers than those in indoor malls.

Shoppers who want to try something on have to ask an associate for help as Pandora has moved all of its jewelry — even its less expensive trinkets — under glass counters. Anything that’s touched is to be immediately cleaned in full view before it’s returned behind glass.

Sales associates wear face masks or visors, and the store has added social-distancing markers on the floor that show customers where to stand at a safe distance from other customers. In addition, shoppers are required to wear a face mask, a spokesperson said.

Of course, there’s no telling whether retail traffic will ramp up for the holiday-shopping season, or if the deadly coronavirus will still be a threat.

Pandora, like many other large retailers, are conducting these trial runs in safe practices in US states, including Florida, Georgia and Texas, that have allowed nonessential businesses to reopen in a bid to prop up their economies, even as the pandemic death toll, nearing 100,000 nationwide, continues to climb.

So far, traffic at newly reopened malls — where many big brands are based — has been sluggish at best, according to reports. During the first 11 days of May, eight shopping malls across Georgia, Texas, Utah, South Carolina, Tennessee, Florida, and Missouri — all of which have partly reopened — have seen average year-over-year traffic declines of 75 percent, according to an analysis by Barron’s.

“I don’t think any retailer is saying ‘We are excited’ ” by current shopper demand, Keswani said. “But we are making assumptions that traffic will pick up and we are spending our time on preparing for larger crowds.

“We don’t know what the regulations will be for the holiday season, so we are using this time to figure out best- and worst-case scenarios,” Keswani said, declining to share details about the grimmer projections.

Retail executives across the nation have been racking their brains for a set of protocols that might make consumers feel like shopping is safe — and maybe even fun again — despite looming concerns of a second COVID-19 wave. As The Post has previously reported, mall landlords like Simon Property Group plan to hand out free “sanitizing wipe packets with masks” for customers who request them.

Elsewhere, department store giants like Saks Fifth Avenue and Macy’s are still sorting out how and whether to quarantine clothing that customers try on in fitting rooms, while Urban Outfitters has stopped people from trying on clothes.

“Even [discounter] T.J. Maxx has signs in stores saying ‘if you see a handbag you like, press a button for a sales associate,’ ” said Gabriella Santaniello, president of A-Line Partners, a retail research firm. “These next few months are going to be very trial-and-error about what works and what doesn’t.”