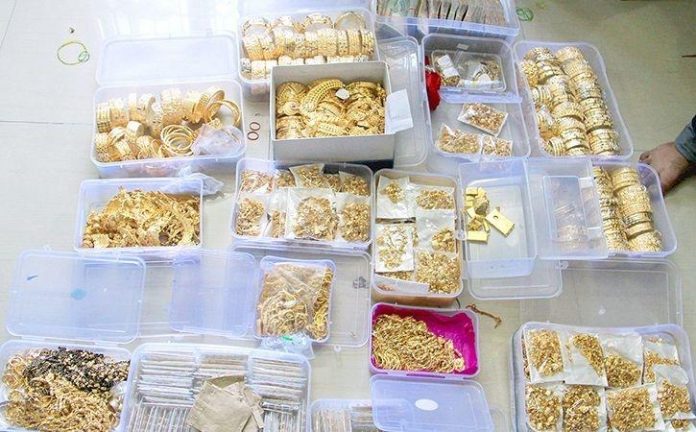 NEW DELHI: A jeweller and his son were arrested on Friday by the Directorate of Revenue Intelligence for attempting to illegally carry gold jewellery worth over Rs 16 crore. The arrests came two days after the two were detained at Kolkata airport following the dramatic recall of an IndiGo flight from the runway as it was about to take off for Hyderabad.
The jeweller, Sanjay Kumar Agarwal, had boarded the flight using a ticket booked in the name of his son, who was simultaneously booked on an Emirates flight from Kolkata to Dubai and had already checked in. The gold, which was an export consignment supposed to be carried by the son to Dubai, was instead recovered from the father on the recalled IndiGo flight. The jeweller was allegedly diverting gold, meant specifically for export, for sale in India.

A preliminary questioning of the accused has revealed that the jeweller had smuggled what were meant to be “export” consignments of about 1,100 kg of pure gold jewellery worth over Rs 300 crore to domestic markets in the last one year alone, a source said.

Gold bars were purchased from the State Trading Corporation and the Metals and Minerals Trading Corporation of India and duty exemption of 10% was availed with the declared intention of exporting jewellery. If the gold bars were purchased for domestic consumption, the jeweller would have to pay about Rs 30 crore in customs duty besides income tax and other state taxes as applicable, an officer explained.

In a statement to TOI, an IndiGo spokesperson said: “We confirm a passenger traveling on board IndiGo flight 6E725 was apprehended by officials of the DRI. We extend full cooperation to DRI.” In the present case, DRI is also looking at huge banking credits running into hundreds of crores of rupees received by the accused from State Bank of India on forged collateral securities from Punjab National Bank. It has emerged that Agarwal had got a new passport for himself in the name of Srikant Gupta after he was booked by the CBI in 2012 for accessing banking credit on forged collaterals, the source said.

The DRI, which raised security concerns with the ministry of home affairs over criminals entering and boarding flights on fake identity cards, has arrested Agarwal, his son and a cousin on smuggling charges.

A probe has begun in airports, where the DRI suspects that jewellers have been using a similar modus operandi to divert “export consignments” to domestic markets.

Just how the gold — intended for a foreign destination on a ticket booked in the son’s name — was handed over to Agarwal for transport in a domestic flight is being investigated. Since the duo managed it several times, they had managed to work past security checks that should have detected any attempt to carry a large quantity of gold jewellery. An exporter has the option of carrying small consignments on his person rather than booking through cargo, the source said. 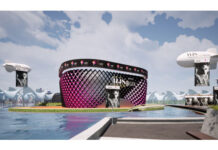 A sneak peek at the upcoming IIJS Virtual 2.0

News & Trends
Second-hand jewellery and watch retailer William May, the e-commerce site of Mays Pawnbrokers & Jewellers in Manchester, has reported a huge increase in Christmas...
- Advertisement -

Get to Know Yoshinobu Kataoka of Kataoka Jewelry