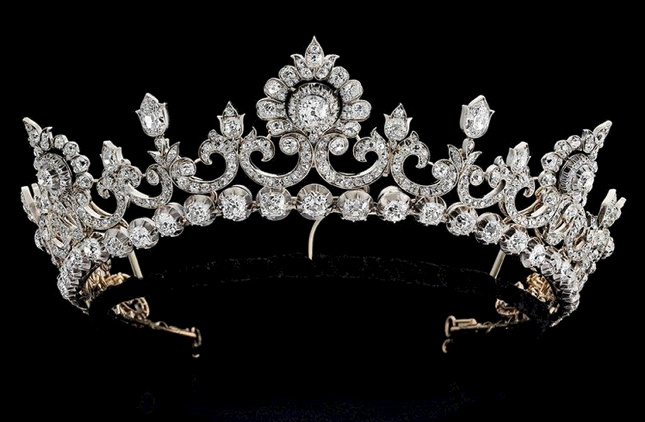 A tiara with over 100 carats of diamonds that belonged to one of Britain’s most extravagant aristocrats is being offered for sale.

Henry Paget, 5th Marquess of Anglesey (1875 – 1905) squandered an inheritance from his father worth $75m in today’s money, including family estates in Staffordshire, Dorset, Anglesey and Derbyshire.

He blew the lot in five years, on outrageous clothes, furs, jewels, and dramatic productions, and died penniless of tuberculosis in Monte Carlo.

But the diamond tiara, made in 1890, escaped the sale to repay creditors, was inherited by his cousin Charles Paget, and was subsequently worn to the coronations of King George VI and Queen Elizabeth II.

London jeweler Hancocks is displaying it ahead of the Queen’s Platinum Jubilee celebrations and will then sell it.

Guy Burton, director, said: “What’s interesting is that this tiara was one of the very few possessions not sold off to pay debts following the death of the fifth Marquess. Instead, it was retained by the sixth Marquess and Marchioness of Anglesey and clearly held a special place in the family’s heart.

“As tiaras go, this one truly is magnificent and has to be one of if not the best in class we’ve ever seen and we’re delighted to offer it for sale. It really is a jewel with amazing provenance given its rich history along with the fact that it was worn for not one but two royal coronations.”