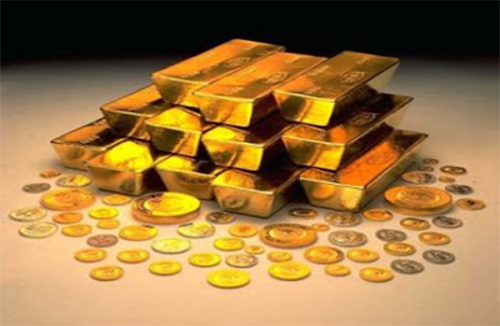 Just three Indian gold loan companies have more gold in their vaults than many sovereign nations, according to recent reports in the Indian media!

The three, Muthoot Finance, Manappuram Finance and Muthoot Fincorp which are the largest in the business, have seen their reserves rise by as much as 35% over the last two years, and today have as much as 263 tonnes of gold stocks between them, the reports say.

Of the three, Muthoot Finance, the largest held 150 tonnes, while Manappuram Finance held 65.9 tonnes and Muthoot Fincorp held 46.88 tonnes. Together that amounts to almost 50% of India’s official gold reserves of 558 tonnes.

While there is no accurate figure of the gold held by Indian households some media reports suggest that private organisations like temples and trusts have reserves running into a few thousand tonnes. The reports quote Karvy Wealth Management’s India Wealth Report 2016, which estimated that individual wealth held in gold stood at Rs 65.90-lakh crore! Other estimates say that privately held gold in India could be over 20,000 tonnes.