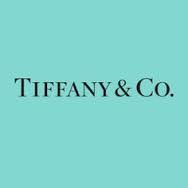 The Company said that “A modest increase in fashion jewellery sales was offset by softness in other product categories.”

In the Americas, total sales for the period reached US$ 417 million, and were 2% lower y-o-y; while year-to-date sales worth US$ 1.25 billion were 7% lower than the same period of the  previous year.

Total sales in the Asia-Pacific region touched US$ 247 million, a rise of 4% in the third quarter; but year-to-date sales declined 4% to US$ 715 million.

Sales in Japan benefited from the strengthening of the yen vis-a-vis the U.S. dollar. Total sales for Q3 in this region grew by 13% y-o-y to US$ 150 million; and increased 10% to US$ 419 million in the year-to-date period. However, Japan was “negatively affected by lower wholesale sales”, the Company noted.

Tiffany’s net earnings grew by 5% to reach US$ 95 million, or $0.76 per diluted share, from US$ 91 million, or $0.70 per diluted share, in the prior year. “The earnings growth reflects an improvement in gross margin and, to a lesser extent, lower interest and other expenses, partly offset by a lack of sales leverage on selling, general and administrative expenses,” the Company commented.

Frederic Cumenal, Chief Executive Officer, commented:  “We are encouraged by some early signs of improvement in sales trends, but we clearly need more positive data over time before this can be considered an inflection point. In this recent quarter, we saw a smaller sales decline in the U.S. from earlier this year, while Asia-Pacific results reflected strong growth in mainland China and a relatively smaller decline in Hong Kong. Our business in Japan performed well which we attribute to spending by domestic consumers, but we believe the strengthening of the yen has negatively impacted purchases by Chinese consumers. We also saw relative strength in UK sales, but a continuation of softness on the European continent.”