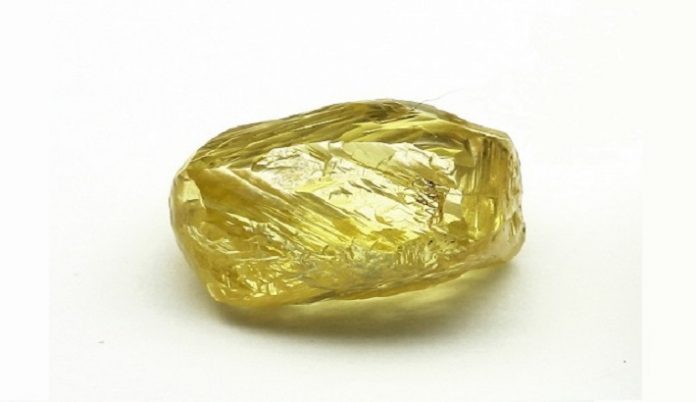 After more than 50 years of uninterrupted work in diamonds and colored gemstones, Eshed is recognized for his achievements and his contribution to Israel’s diamond industry and trade

Eshed, who is both a manufacturer of large diamonds and high-value colored gemstones, follows in the footsteps of his late father Eliyahu Eshed, who was named an Israel Diamond Industry Dignitary in 2006. Avraham Eshed will be honored together with several other distinguished colleagues, during a ceremony on July 28, 15:30 P.M., at the Diamond Theater, in the Israel Diamond Exchange complex.

Eshed is unique in the Israeli diamond and gemstone landscape, as he developed his equally successful diamond and colored gemstone businesses in parallel. More than 30 years ago, he stood at the cradle of Sarine Technologies and was instrumental in the transition and implementation of its manufacturing and decision-making technologies in the diamond industry.

As a second-generation diamond manufacturer, Eshed pays tribute to those who, against all odds, established a diamond industry during the 1930, before the establishment of the State of Israel. “Al most 90 years later, we stand on the shoulders of giants, those pioneers who literally built the Israel diamond industry with their own hands. My father Eliyahu was among those early pioneers who set up a polishing plant in Netanya,” he recalls.

From the early 1970s, Eshed began traveling to Brazil and Africa to buy diamond and colored gemstone rough. He worked with a variety of Israeli and foreign business and production partners, gaining valuable experience and unique insights in both industries in the process.
By the time Avraham and his wife Nitza Eshed decided to establish the Eshed Diam and Gemstar companies, it was clear that they would remain firmly planted in both the diamond and colored gemstone world.

“I think that at that time, we realized that we needed to create what we today call ‘niche’ businesses,” Eshed recalls. “Few diamond companies would aim high, at larger sizes, i.e. three to 30 carats, which at that time – 35 years ago – still were the premise of New York and Antwerp. And the colored gemstone industry was tiny, with a handful of companies that turned over less than a $100 million!”

But that handful of gemstone firms held the key to Israel’s current hegemony in diamond decision-making and manufacturing technology. “In the late 1980s, we hired engineers who developed a cad-cam operated machine that would automatically cut the girdle of a colored gemstone, with the purpose to manufacture standard-sized emeralds and at the same time guarantee a good yield from the rough,’ Eshed recalls. “I quickly understood that the application of this technology would be very valuable to the diamonds industry. In 1988, we established Sarine Technologies, which is now a household name worldwide in the diamond, gem and jewelry industry and trade.”

Today, Eshed Diam continues to focus on large diamonds and throughout the years has produced top quality stones in sizes ranging between 20 and 150 carats. The firm is among Israel’s leading diamond exporters. In parallel, Gemstar is Israel’s leading emerald manufacturer, in value.
Throughout the past decades both Eshed Diam and Gemstar have been repeatedly recognized by national and international bodies, both governmental and private, as an outstanding exporter.

Avraham, 73, is married to Nitza Eshed. They have two sons, Lior and Liran, and one daughter, Tal. Both sons are trained lawyers, with additional degrees in business and accountancy. Lior and Liran both hold managerial positions in Eshed Diam and Gemstar. Tal holds a degree from the prestigious Bezalel Academy and manages special projects at the firm.
The Esheds are enthusiastic members of the Art Acquisition Committee of the Tel Aviv Museum of Arts. Nitza and Avraham are long-time supporters of social programs for underprivileged youth in Israel.

News & Trends
Gear up for gifting season with this holiday watch gift guide from Tockr Tockr offers distinctive and affordable wristwatch options for anyone seeking a unique...
- Advertisement -