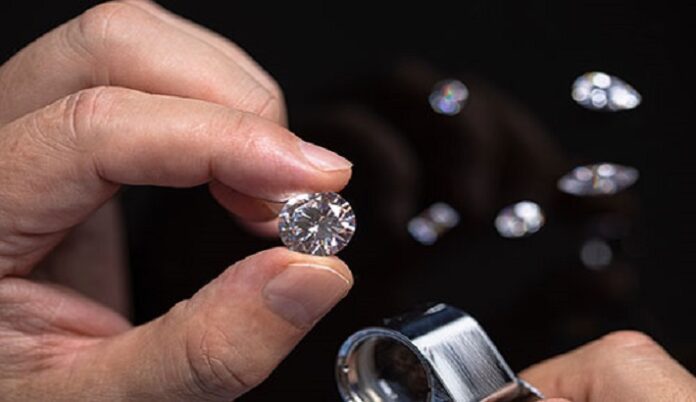 The Bharat Diamond Bourse (BDB), the world’s largest diamond trading hub, may take a historic decision to allow the trading of synthetic or lab-grown diamonds (LGD) within the complex following its Annual General Meeting on 28th December.

As per the proposed resolution, if approved, the BDB managing committee will be authorised to set norms for such trading of Synthetics / Laboratory-grown Diamonds within its premises. Some of the major norms include.

· Ensure that there is a clear, distinct and robust segregation process and technique implemented in their office premises

· Implementation of a separate and distinct stock/inventory management system

Any violation of the protocols will be dealt with in accordance with the Zero-Tolerance Policy and will include levying of stringent fines, cancellation of memberships and expulsion from the BDB. The detailed set of protocols will be available to all the members once approved by the BDB.

The BDB had previously passed a resolution to ban the trading of LGDs in 2015.

Anoop Mehta, President, Bharat Diamond Bourse, explains that they had been receiving many requests from members, who wanted to diversify into the LGD category. “So, we requested the Natural Diamond Monitoring Committee (NDMC) to review the situation since it has already been almost five years since we banned the trading of LGDs from BDB; and even at that time we had stated that it was not a permanent resolution. The ban was implemented because at that particular point there was no awareness within the trade as well as the consumer or the retailer.

“Today, enough awareness has been created around the world, and across the full pipeline. Also, the detection machines were not readily available at that time and were expensive, but now we have advanced machines readily available at reasonable rates. The NDMC has suggested a set of rules and regulations so that there should not be any contamination. LGDs should be sold with full disclosure by not only the person selling it but he should be aware that the person to whom he is selling it also doesn’t violate the norms. The value chain believes that there will be two different markets for natural and LGDs and as long as it is kept separate – they can find their niche markets.”

Colin Shah, Chairman, GJEPC, comments, “The decision to allow LGD trading within BDB will be a tough one, but I believe it is the right choice for the long-term sustainability of the Indian diamond manufacturing industry. In addition to our stringent detection and disclosure protocols, we must have retail SOPs in place to ensure that customers are fully aware of the nature of the diamond they are purchasing. I envision the two diamond pipelines co-existing and thriving alongside each other.

“I believe LGDs are an idea whose time has finally come. Things have changed over a period of time, traders are now more aware of the lab-grown diamonds. We have robust detection technology at affordable rates and we have also successfully pursued the Government to ensure greater granularity of HS codes for synthetic/laboratory-grown diamonds by introducing new HS codes. The trade today has the awareness and the technology to separate both products.”

Vipul Shah, Vice Chairman, GJEPC, notes, “As GJEPC, we were always supportive of the lab-grown business as long as the disclosures and ethics were maintained. When we started five years back, the lab-grown segment was less than 1% compared to our total production in terms of value and currently, it is almost 5%, registering a sharp growth. It has been accepted by US retailers as such and it is finding its own niche and market as long as it is sold as LGDin an ethical way.”

A series of developments in the last five years are believed to have influenced the BDB’s latest action; including:

increasing LGD activity by BDB members
De Beers “anointing” LGDs by launching its Lightbox jewellery brand in 2018
LGD detection becoming cheaper, quicker, universal and economically feasible
the advent of blockchain technology for tracing diamonds through the pipeline
greater consumer acceptance of LGD jewellery
Vipul Shah adds, “During the pandemic, LGD cutting and polishing has been a blessing in disguise as well; LGDs were a substitute for natural diamonds, especially when the industry had voluntarily banned rough imports of natural diamonds. This segment really helped to maintain the livelihood of the workforce. Even the mining companies have accepted LGDs – De Beers has its Lightbox brand. Manufacturers are bound to switch to a product like LGDs as they can earn a profit, especially when they don’t see the bottom line in natural diamonds. Overall, LGDs and natural diamonds are complementing each other.”

Sanjay Shah, Convener, Diamond Panel, GJEPC, states, “Through the combined efforts of all the major bodies in India and across the globe, we are currently in a scenario where there is more awareness, and acceptability of LGDs as an alternative product. There is easy access to detection technology and at affordable rates. There are standardised certification services being offered by major laboratories globally. LGDs are now coming into their own and have established a clearly segregated pipeline in the diamond industry.”

India’s polished diamond exports up 19%, jewellery exports Up 9% in...