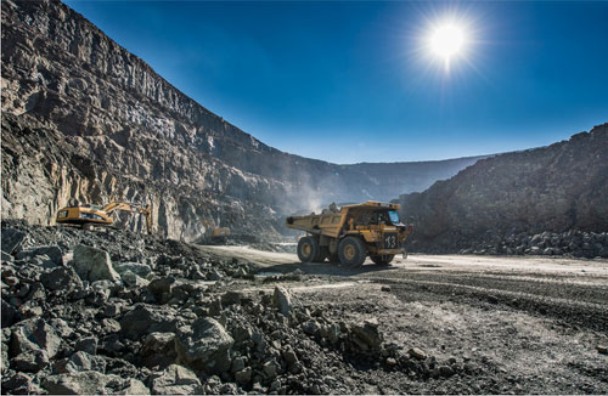 Gem Diamonds also noted the recovery of some exceptional and large diamonds.

In 2017 the Company recovered seven gem quality diamonds greater than 100 carats, of which the largest was a 202.16 carat Type IIa diamond, recovered in November 2017.

Also, in January 2018, Gem Diamonds had announced what it called the “landmark recovery” of an exceptional quality 910 carat, D Colour Type IIa diamond. This, Gem Diamonds said was “the largest diamond to be mined to date at Letšeng and also believed to be the fifth largest gem quality diamond ever recovered”.

The Group had a net cash position of US$ 1.4 million at the end of the period, reflecting an improvement of US$ 13.2 million from the Q3 2017 net debt position of US$ 11.8 million,the Company reported.

Gem Diamonds’ CEO, Clifford Elphick commented: “The recovery of the 910 carat diamond is a landmark for all of Gem Diamonds’ stakeholders, including our employees, shareholders and the Government of Lesotho, our partner in the Letšeng mine. It is also encouraging to see that the improvement in the recovery of greater than 100 carat diamonds is continuing into 2018, with five greater than 100 carat diamonds recovered in the first month of 2018. This is largely attributable to the ongoing technical improvements made at the Letšeng mine.”

He added: “Significant progress has also been made on the business efficiency and optimisation programme. Further details will be released in the Full Year 2017 results on 14 March 2018.”

Letšeng treated a total of 1.3 million tonnes of ore during the period, 54% of which was sourced from the Main pipe, and 46% from the Satellite pipe.

For the full year, tonnes treated stood at 6.44 million tonnes, marginally below guidance of 6.5 million tonnes due to the reduced feed rate, the Company said.

Forevermark Launches The Forevermark Tribute™ Collection for The Holidays

DMCC and Diamond Bourse of Italy Discuss Future of Trade on...