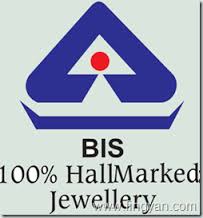 The Bureau of Indian Standards (BIS) has announced that from January 1, 2017, all hallmarked gold jewellery will have gold caratage stated on the piece in addition to the fineness of the metal which is currently marked.

As per the revised standards that have been announced by the official agency, Hallmarked Gold jewellery will now be available in three grades of 14 karat, 18 karat and 22 karat along with the purity mark, a press release said. Thus the new hallmark will be 22k916, 18k750 and 14k585 for gold jewellery in 22k, 18k and 14k respectively, it added. Formerly the pieces would only have 916, 750 and 585 respectively.

The step has been take for convenience of consumers, an official of the BIS