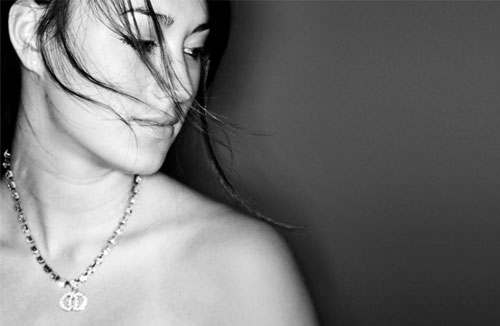 De Beers’ The Diamond Insight Report 2017 released today says that the year “2016 saw the return of positive trends throughout the diamond pipeline” – an assertion which should bring some cheer to the diamond industry across the board.

The report posits a marginal growth for diamond jewellery in 2016. For the first time, a strong US market pushed diamond jewellery demand to over US$ 40 billion. However, the strength of the US dollar dragged down sales figures in some other important markets, the report notes.

Demand for rough also picked up – both as a result of consumer sentiment as well as restocking by the mid-segment.

However, perhaps the most significant insight thrown up by the report is that “shifting relationship dynamics, women’s expanding roles in society and changing perceptions of femininity are creating new motivations for diamond jewellery acquisitions”.

The report outlines several facets of the new role and perception about women including more equality within relationships; more spending power based on their own earnings; and the increasing sense of empowerment and strength that not only women perceive about themselves; but so do societies in different ways in different parts of the world.

And hence, the report is sensitive to the expanding areas of connect with consumers. “While the notion of love remains universal and powerful, and the core attributes of diamonds remain valued, there is an increasingly wide spectrum of meaning for diamonds. As well as commitment, they also symbolise emotions such as joy, optimism, pride and confidence,” the report notes. “Equally, while traditional diamond selling occasions – such as engagements and anniversaries – remain very important, successful diamond marketing will increasingly need to reflect a range of significant moments in one’s life. This may include a new job, memories of a happy holiday or ‘just because’, and should be connected to the experiential element of lives and relationships.”

It is necessary that this insight is translated through the entire process of communication, the report stresses.

The Diamond Insight Report 2017 highlights the emergence of three key trends that are having a direct impact on how and why people buy diamond jewellery:

The first one referred to above, is about the “why” of the purchase – today, diamond jewellery is being purchased and given to symbolise a wider range of ‘moments’ in a life; beyond those directly connected to relationship milestones.

Second, is the strengthening of the self purchase segment due to greater financial independence of women. “More than a quarter of women’s diamond jewellery bought in 2016 in each of the four main consumer nations (the US, China, Japan and India), representing more than US$18 billion in value, was acquired through the self-purchase route,” De Beers notes. “In Hong Kong, female self-purchase accounts for the majority of diamond jewellery sales.”

The third trend De Beers says, is a “new perception of femininity” which is emerging. This is “more closely associated with strength and confidence, alongside more traditional attributes such as caring and nurturing”.

Again, this trend too, leads to diamonds being purchased “to symbolise a wider range of emotions, such as joy, optimism and pride”, and to the emergence of “a new class of consumer: the mature single woman”.

Bruce Cleaver, CEO, De Beers Group, said: “These societal and economic changes will have direct consequences for a wide range of industries, but they are especially exciting for the diamond sector. As diamonds are among the most powerfully symbolic purchases, as they lend themselves to individual design, and as they are effectively a hybrid of product and experience, the new trends present a major opportunity to build on the existing base of demand.”

He added: “While the giving of diamond jewellery as a token of love and commitment continues to constitute the majority of purchases, it’s encouraging to see these additional sources of demand emerge. It’s also great to see women buying more diamond jewellery for themselves in recognition of their achievements, or simply because they want to and they can. The diamond industry now needs to focus on what female consumers are telling us about how they feel about diamonds and make sure that products and buying experiences match their expectations.”

Sarine Diamond Journey™ to be Used for Enhanced Tracking of CanadaMark™...