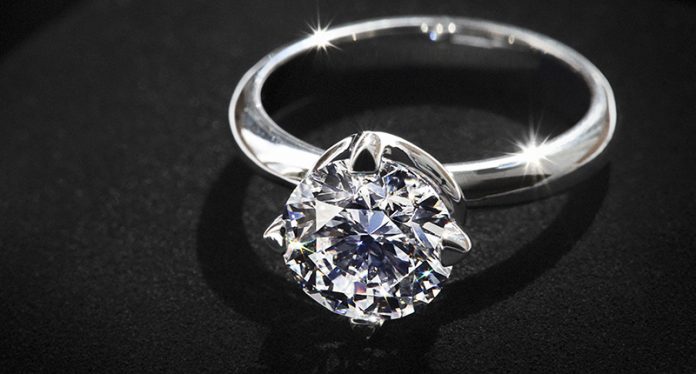 London–De Beers announced it is upping its diamond marketing spend to $140 million this year, with a focus on the United States, China and India.

The De Beers Group said it is the largest investment in diamond marketing it has made since 2008, and is up from the $120 million spent in 2016.

The spend is targeted at raising consumer awareness, mainly through promotion of its Forevermark and De Beers Diamond Jewellers brands but also by allocating funds towards its partnerships with the Diamond Producers Association DPA and India’s Gem and Jewellery Export Promotion Council.

A spokesperson told National Jeweler that marketing efforts would “cover a variety of mediums including print, television and digital,” though the exact breakdowns would differ between De Beers’ proprietary brands and its partnerships.

“Total consumer expenditure on diamond jewelry for the last five years collectively has been the highest on record–and the outlook is positive,” said De Beers Group’s Executive Vice President of Marketing and Forevermark CEO Stephen Lussier.

“However, we cannot take future growth for granted. Increasing our spend from a strong position will help support continued demand in both mature and developing markets, particularly among millennials, who are already the largest group of diamond consumers despite this generation not having yet reached its maximum earning potential.”

It’s been a good year so far for diamond marketing news. During Las Vegas Market Week in June, the DPA announced it was increasing its marketing budget nearly ten-fold, from approximately $6 million to $57 million.

Most of that is going to marketing toward millennials in the United States and promoting mined diamonds through its “Real is Rare” campaign, as well as additional promotion of the campaign in India and China.
“Increasing our spend from a strong position will help support continued demand in both mature and developing markets, particularly among millennials, who are already the largest group of diamond consumers despite this generation not having yet reached its maximum earning potential.”– Stephen Lussier, De Beers
With the announcement from De Beers, the World Federation of Diamond Bourses released a statement on behalf of its president, Ernie Blom, noting that both De Beers’s and the DPA’s respective marketing growth should have a positive effect across all parts of the diamond industry.

“Taken together with the DPA’s decision to increase its diamond jewelry promotional budget this year to $57 million, we are seeing very significant action in promoting diamonds in key markets. The diamond industry globally can take heart from these decisions as they will serve to boost demand,” Blom said.

He continued, “It is extremely encouraging to see these steps being taken with the industry uniting in recent times to tackle the issue of generic diamond jewelry marketing. Resources are very rightly being concentrated on the millennials market because that is a huge consumer market which has not been targeted for advertising before. The DPA’s research shows that these younger buyers believe in the value of diamonds because they symbolize rarity and value.”

How Much Are US Consumers Spending on Engagement Rings?