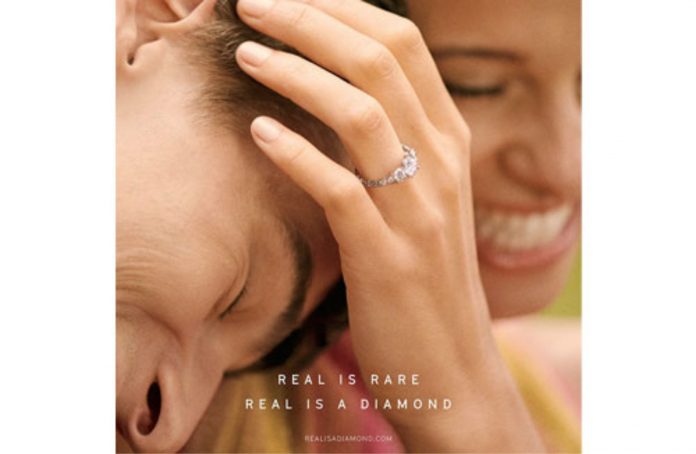 The Diamond Producers Association (DPA) has unveiled its latest “Real is Rare” advertising campaign for the 2017 US holiday season, airing the first of two new videos during the 18th Annual Latin Grammy Awards last week on Univision and the second at ABC’s broadcast of the 2017 American Music Awards over the weekend.

The campaign, which comprises the two new videos “The Reveal” and “The Other Party” and several images for print, digital, and in-store use, presents a modern take on love and diamonds. Stunning jewellery from DPA partners including Harry Kotlar, Pluczenik, Kwiat, Mimi So, Michelle Fantaci, and De Beers Diamond Jewellers, has been used. The campaign, has been developed in collaboration with creative agency, Mother New York.

Deborah Marquardt, DPA’s Chief Marketing Officer said, “These two new stories are a natural evolution of our campaign. They show how universally familiar, yet still singularly special moments of emotional connection are diamond-worthy. The audience is given a glimpse into private ‘couple moments’ where the role of the diamond is intrinsic to the storyline, and is an expression of their love, their life together, and their commitment to each other. ‘The Other Party’ is a romantic, playful film about a young engaged couple, while ‘The Reveal’ shows the private, at-home moments of a married couple.”

The new advertising will run on TV, digital, cinema, print, and select out-of-home throughout the remainder of 2017 and 2018. The print images will premiere in upcoming issues of People Magazine.

Tanya Dukes, who styled the campaign, says, “My aim was to find jewelry to complement the unique storyline and tone of each film. ‘The Other Party’ is a flirty story, so I selected an engagement ring called “Integré three-stone diamond engagement ring” by Pluczenik along with Sensu Diamond Fan Earrings by Michelle Fantaci. By contrast, ‘The Reveal’ features a slightly older couple in a quieter, more intimate film, a perfect fit for the Classico oval diamond ring from Harry Kotlar and diamond wedding band from Mimi So. Kwiat Sunburst earrings finished off the look.”

“Real is Rare. Real is a Diamond” is a communications platform created by the Diamond Producers Association in 2016. The platform redefines diamonds for the 21st century, giving them new meaning as a symbol to celebrate real connections. The first “Real is Rare” campaign focused on the moments that couples decided to commit and its creatrives were a departure from the idealized imagery that has been associated with diamond advertising.

Pic caption: A still from the latest ‘’Real is Rare. Real is Diamond” campaign video