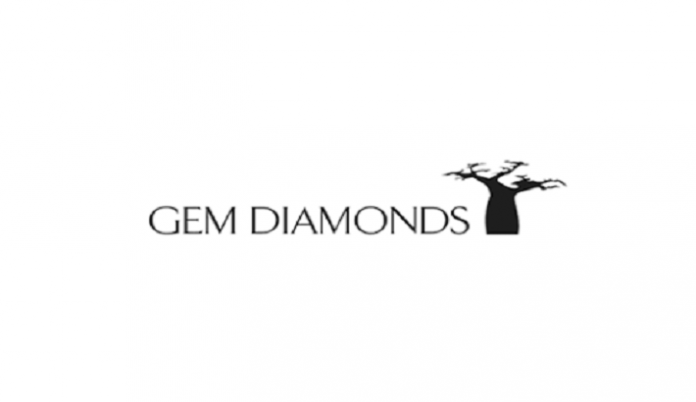 Gem Diamonds Limited, releasing its trading update for the six months ended June 30, 2019, said that it achieved a higher average price per carat despite small declines in the total carats sold and overall sales revenue due to the recovery and sale of special stones, thus reaffirming the unique quality of Letšeng’s diamond production.

The revenue was boosted by the recovery of many special diamonds, including a 13.32 carat pink diamond which sold for a Letšeng record of US$ 656,934 per carat; the recovery of three diamonds of more than 100 cts, (with two more recovered in July); and the sale of 15 diamonds for more than US$ 1.0 million each, together generating revenue of US$ 41.6 million during the six month period.

The Company said that it expects that Letšeng’s unique, ultra-high-quality goods will be less vulnerable over time to market pressures, even though prices for the smaller and commercial goods have been under pressure for some time and the larger goods have shown some recent signs of weakness.

Gem Diamonds also reported that in the first 18-months of the 4-year Business Transformation programme it has taken up, US$ 42 million has been achieved net of implementation costs and fees, and that the targeted US$ 100 million in incremental revenue, productivity improvements and cost savings over the 4-year period to end 2021 is on track to be delivered.

At the end of the Period, it was stated that the Group had US$ 25.8 million of cash on hand of which US$ 22.4 million is attributable to Gem Diamonds. The Group’s net debt position at Period end was US$ 0.7 million.

As reported earlier, the Company has entered into a binding agreement with Pro Civil (Pty) Ltd for the sale of 100% of the share capital of Gem Diamonds Botswana Proprietary Limited, which owns the Ghaghoo diamond mine, for US$ 5.4 million. The sale, subject to regulatory approvals in Botswana, is expected to be concluded in H2 2019.

Gem Diamonds’ CEO, Clifford Elphick, commented: “It is pleasing to report that the Group has successfully implemented the business transformation programme, already achieving US$ 42 million net of fees. The contract with the external consultant was closed out during the Period and management is now rigorously implementing its internal continuous improvement plan.”

He clarified, further, that as previously stated, “Mining during the Period occurred in the lower-value part of the orebodies, and notwithstanding this, achieved prices were 10% higher than the previous period. As planned, mining has commenced in the higher-value parts of the orebodies in H2 2019 and we anticipate that production guidance previously provided to the market will be achieved for the year.”

Sarine’s AI-based Grading and Diamond Journey™ Tech Showcased in US for...