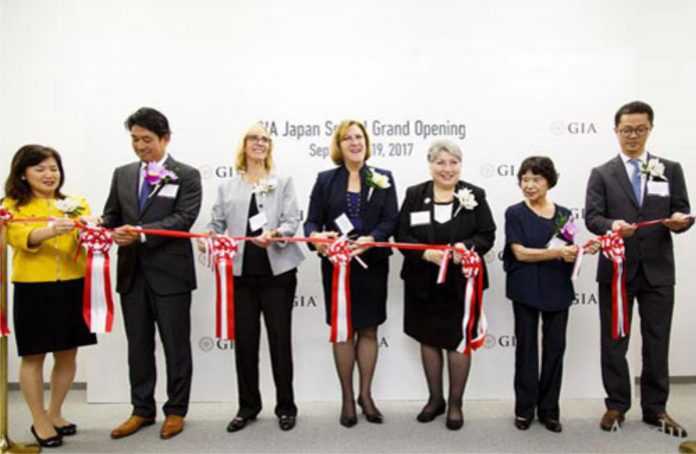 GIA (Gemological Institute of America) recently opened a campus at Tokyo, the announcement of which was made by GIA President and CEO Susan Jacques to an audience comprising the leading lights of the Japanese gems and jewellery industry.

“We are thrilled to see the many years of GIA’s commitment and involvement in Japan culminate in the return of GIA education courses in Japanese to this important centre of the luxury industry,” said Jacques. “The expansion of our activities with updated educational offerings will help support the dynamic Japanese gem and jewellery industry, and advance GIA’s mission to ensure the public trust in gems and jewellery.”

GIA said that the institute has plans to add the Graduate Colored Stones programme at a later date to the courses offered in Tokyo; enabling students to receive their Graduate Gemologist diploma in Japanese too.

“There will be other specific skills-focused seminars offered to help meet the needs of the industry,” GIA announced. “All of the Japanese language courses have been reviewed and updated to reflect the latest advancements in gemmology.”

On the occasion that Jacques announced the launch of the Tokyo campus – attended by a large number of GIA alumni – she also recognised several industry leaders attending the gathering. These included Ken Fujita, President of the GIA Alumni Association in Japan; Yasukazu Suwa, President of Suwa and Son, Inc. and the first Graduate Gemologist in Japan; and Mrs. Yoshiko Doi, President of the AGT Gem Laboratory.

“I would especially like to acknowledge Mrs. Yoshiko Doi,” said Jacques. “She was instrumental in bringing GIA education to Japan in the early 1970s, and her work on behalf of GIA’s education programmes will be remembered and appreciated for years to come.”

GIA has had a long presence in Japan as it was the first country outside of the United States where GIA offered educational courses, beginning more than 40 years ago. “The GIA alumni chapter in Japan celebrated its 26th anniversary earlier this year,” GIA added.

In December 2012, the Institute opened a gem identification and grading laboratory in Tokyo. And in December 2016, the lab added the fully automated GIA Melee Analysis Service in order to “rapidly and accurately screen melee parcels for CVD and HPHT synthetic stones”.

The Tokyo laboratory has three full-time researchers – all with doctoral degrees – actively involved in advanced research on diamonds, coloured stones and pearls.