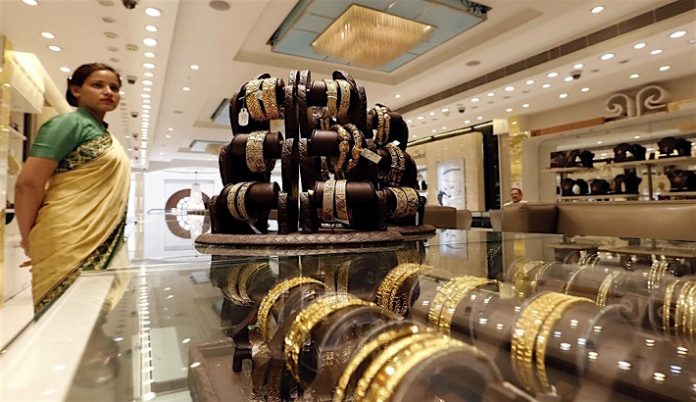 MUMBAI/BENGALURU – Gold demand jumped this week in India due to increased retail purchases for a key festival and weddings on price corrections, while premiums in China eased as buying slowed in the world’s top consumer.

“This year, footfalls in showrooms were higher for Akshaya Tritiya and per customer, buying was also higher than last year,” said Mangesh Devi, a jeweller based in Satara in the western state of Maharashtra.

Indians celebrated the annual Hindu and Jain festival of Akshaya Tritiya on Tuesday when buying gold is considered auspicious.

Dealers were charging a premium of up to $2.5 an ounce over official domestic prices this week, up from last week’s $2. The domestic price includes a 10% import tax and 3% sales tax.

Jewellers were making purchases to replenish inventories after brisk sales over the last few weeks, said a Mumbai-based dealer with a bullion importing bank.

India’s gold demand is expected to rise in the June quarter from a year ago due to a higher number of auspicious days for weddings and a fall in local prices ahead of a key festival, the World Gold Council said on Thursday.

Meanwhile, premiums in China fell to around $8 towards the end of the week from $12 early in the week on tepid demand.

In Singapore, demand softened this week with premiums falling to 60 to 80 cents from $1 last week.

“Most of the wholesalers have not restocked after Akshaya Tritiya. We heard that the business improved for the festival year-on-year,” said Brian Lan, managing director at dealer GoldSilver Central in Singapore.

“Prices were more or less stable this week. Besides that, there is not much buying from the investment side during the festivals.”

In Hong Kong, premiums were mostly unchanged at 60 cents-$1.20 with demand remaining flat from last week.

Retail buying in Japan improved a little bit due to a stronger yen, a Tokyo-based trader said.

Relatively higher demand pushed premiums to 50 cents, compared with last week when prices were on par with the benchmark.