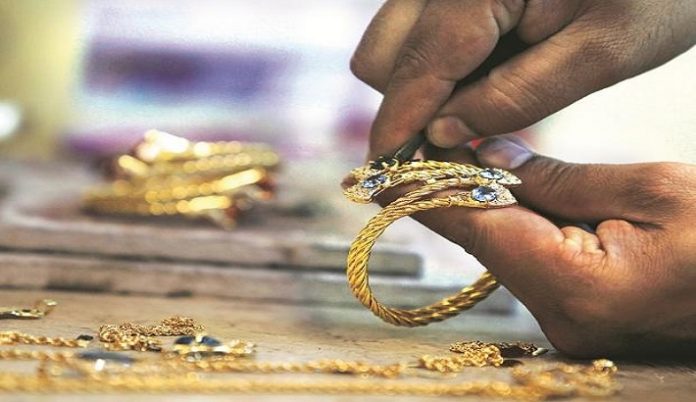 Banks will have to import gold and store it in a customs-bonded warehouse, and then supply to exporters without customs clearance; no relief for bullion refineries, however

Banks and jewellery exporters have a reason to smile after the GST Council did some tweaking during its meeting on Saturday.

The council proposed that supply of warehouse goods to any person before clearance for home consumption will not be treated as supply and hence no GST is required to be paid on such transactions.

The move will help banks, which used to pay GST on imports first and then used that credit later. This impacted their working capital. Similarly, exporters also had to pay GST first and claim a refund later.

This is a major relief for jewellery exporters and banks importing gold for export purposes on behalf of exporters.

To avail such relief, banks will import gold and keep it in customs bonded warehouses and that will be supplied to exporters without customs clearance as GST on imported goods will apply only when such goods are cleared for domestic consumption.

The relief will be extended to imports, which are for carrying some job work and are to be re-exported.

Shekhar Bhandari, executive vice president, treasury division of Kotak Mahindra Bank, said, “The move will give the much-required impetus to genuine jewellery exporters.” Since no tax payment for goods imported for export is required, it will help release working capital held in tax which they have to claim a refund.

Surendra Mehta, National Secretary, Indian Bullion and Jewelers’ Association said, “Banks must keep at least 20% of gold imported in bonded warehouses so that exporters get gold from banks without GST payment.” Usually, 20 per cent of gold imported is for export purposes. Currently, banks don’t keep gold in bonded warehouses but in their own warehouse as they import goods on consignment.

Bullion refineries importing more will have to pay GST at the time of import and when the refined gold bought from them is used for exports, the concerned exporters have to claim the refund on that. They have to pay GST first and claim a refund when refined gold is exported.

Similar relief for goods – jewellery imported to India for job work and exported back – will also not attract GST when imported in India.

However, bullion refineries will not benefit from this. Mehta said, “This amendment of job work does not favour more refiners as gold is produced from more is refined in India. Thus, if the gold is purchased from refiners, GST on job work would still be payable. We have requested the government to include GST exemption on job work on gold purchased from refiners and jewellery exported out of the country.”

The proposed amendments will have to be passed by Parliament and will be effective from the date the council agrees or the amendments are notified.

ASOS will deliver jewellery to Londoners on the same day it...