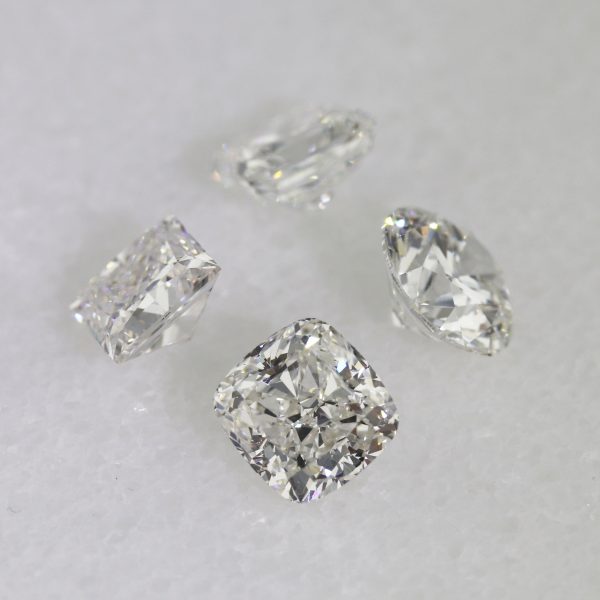 Last week, I came across a release from Ada Diamonds, a Silicon Valley–based, lab-grown diamond distributor:

Ada Diamonds…recently discovered a number of undisclosed mined diamonds mixed into multiple parcels of laboratory-grown melee diamonds, ranging from 0.01 carats to 0.06 carats. The discovery, in two separate batches, was subsequently confirmed by the Gemological Institute of America (GIA).

Ada with laboratory grown diamonds and has removed the mined diamonds from their supply.…As a result of the discovery of illicit mined diamonds, Ada Diamonds has implemented enhanced screening procedures to further inspect all parcels of melee diamonds as well as all finished jewelry to ensure that all diamonds sold by Ada Diamonds are in fact grown, not mined diamonds.

It was a little hard to take this release seriously. There have been numerous documented cases of the opposite—undisclosed man-made diamonds being passed off as naturals. There is a good reason for that: Since nonmined diamonds typically sell for less than naturals, there is an economic incentive to disguise one as the other. There is little incentive to do the reverse. That would be a pretty inept criminal activity.

In addition, while it’s obviously wrong to misrepresent any stone, a mined diamond does not legally have to be disclosed, like a synthetic does. That’s because, under the Federal Trade Commission Guides, a diamond is assumed to be from the Earth.

But the husband-and-wife proprietors of Ada, Jason Payne and Lindsay Reinsmith, insist the release was no joke and that this really happened to them, even if they acknowledge it didn’t make a whole lot of economic sense.

“[The release was] not tongue in cheek at all,” says Payne. “We offer our clients a guarantee that they are only purchasing lab-grown diamonds. Having undisclosed mined diamonds causes the same reputation risk for us [as the reverse.]”

Payne says the release had two goals: The first was to request that new detection devices help companies like his. The second was to “put our suppliers on notice that we won’t tolerate spicing of our inventory.”

But the question remains: Why would anyone perpetrate a scam that involves losing money? Reinsmith says that it could be simple sloppiness. Since certain companies cut both types of diamonds, she says, it’s possible the small naturals could have gotten caught in the sieve.

The duo says that they haven’t encountered another, more logical, type of mixing that is said to have occurred: Lab-grown parcels containing simulants like CZs and YAG.

“You look at Indian [diamond] companies having credit issues, wanting to move the goods however possible,” Payne says. “It is possible we will see more undisclosed mined diamonds.”

In the end, I’m not convinced there wasn’t a certain amount of trolling with this release. But it does point up something that people in the industry need to understand: The trade assumes that natural is better. Synthetics are considered to be second-class gems, pretenders to the stone, as it were. Established diamantaires declare that lab-grown gems are “legitimate products,” as if that subject was up for discussion. (It isn’t.)

People are entitled to those opinions. But, understand, not all consumers share them. Some in fact desire synthetics more than naturals, because they consider them conflict-free or eco-friendly, or a way to stick it to the “cartel.”

You can debate those contentions and assumptions—I certainly have—but perceptions matter when it comes to marketing. And, let’s not forget, perceptions built the diamond industry.

Synthetics seem on the upswing. At JCK Las Vegas this year, there will be 35 exhibitors selling lab-grown products. Last year, there was a handful. Granted, that’s barely a fraction of the number of companies selling natural diamonds at the show, but one industry is apparently on the upswing, while the other seems to be stagnating. If the natural industry doesn’t get its act together, we might see something like that release become a reality.

GIA to Host Exhibition of Historical Jewellery Pieces from India at...