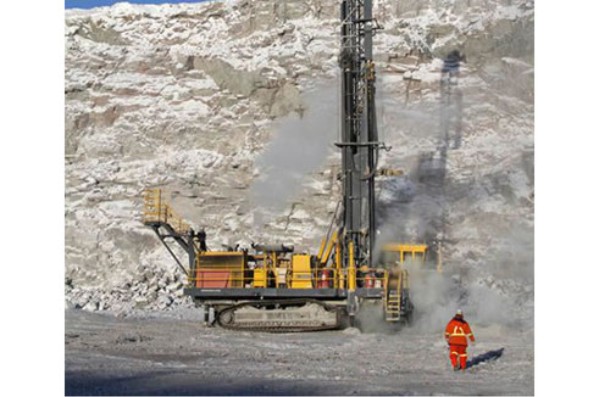 Mountain Province Diamonds Inc., 49% participant with De Beers Canada in the Gahcho Kué Diamond Mine (GK Mine) in Canada’s Northwest Territories, announced production results of the mine, on a 100% basis, for the first quarter ended March 31, 2018.

In the relevant period, the GK Mine plant recovered approximately 1,641,000 carats from 786,000 ore tonnes processed. The Mine achieved an average grade of approximately 2.09 carats per tonne. The carats recovered increased by 89%; and the recovered grade (carats per tonne) was 18% higher than what was achieved during the same period of the last year.

The Company also reported that the pre-stripping of the Hearne pit continued on schedule during the quarter and the operations team anticipates mining first ore by the end of April.

Also, the shovel and trucks included in the guided capital expenditures were delivered to site in the first quarter, the Company reported. “Assembly and commissioning of the shovel is complete, and the completion of the truck fleet is expected by end of the second quarter,” Mountain Province added.

David Whittle, the Company’s Interim President and Chief Executive Officer said: “We have had a solid start to the year in 2018 and these production results keep us on track to achieve our full-year 2018 production guidance of 6.3 to 6.6 million carats recovered on a 100% basis. The grades continue to perform well at the GK Mine and are a key driver of the production results. The plant also continues to achieve higher throughput than originally anticipated, having achieved and broken daily throughput records in a given 24 hour period during the first quarter of 2018. The winter road programme was safely and successfully completed, capping off a great first full year of commercial production at the GK Mine. The Gahcho Kué team is to be congratulated for achieving such a strong performance.”

Gahcho Kué, considered to be the world’s largest new diamond mine, consists of a cluster of four diamondiferous kimberlites, three of which are being developed and mined under the initial 12 year mine plan.

Rio Tinto operates its global mine to market diamonds business throughout...