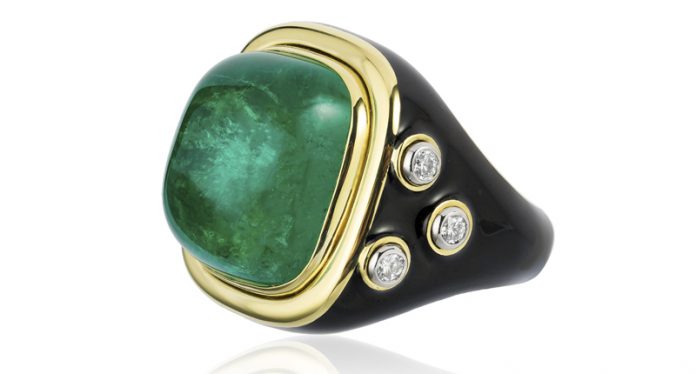 This year, actresses at the Golden Globes held Sunday night in Los Angeles sported a number of incredible jewels, but one man who brought his jewelry A-game managed to upstage many of them.

The emerald, which, naturally, hails from the famous Muzo mine in Colombia, weighs a hefty 25 carats. Rosado set the stone in 18-karat gold, adorned with black enamel and white diamonds.

Expect to see many more fashionable moments from Martin in the near future as he appears in the upcoming television show, “The Assassination of Gianni Versace: An American Crime Story.”

News & Trends
Auctioneer Fellows is overseeing an online timed sale of silver and costume jewellery today, with pieces going under the hammer all day. The auction will...
- Advertisement -