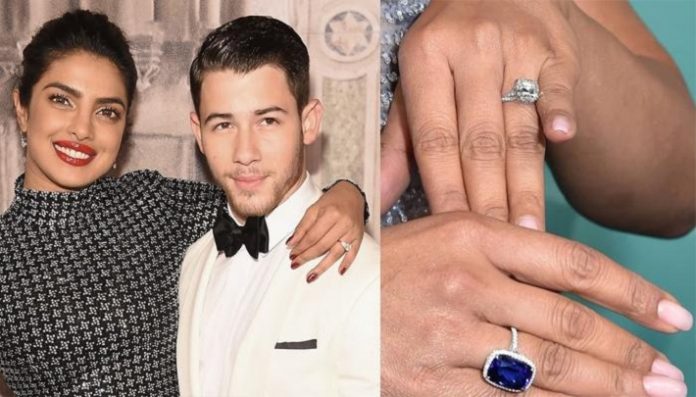 Priyanka Chopra and Nick Jonas are an international couple, loved and adored by everybody. Who would have thought that Miss World 2000, who would make her debut in 2003 with Andaaz, would one day walk the carpets of every leading event in Hollywood, and surpass the reputed damsels of the west? She does everything in style like what she did at Tiffany’s latest Tiffany & Co. 2018 Blue Book Collection in New York yesterday (October 10, 2018)

When Priyanka Chopra was asked about her favourite piece from Tiffany’s collections, she blushed, flaunted her engagement ring, and readily pointed at it and said, “Well, I guess it’s this one, right?” Watch Priyanka blushing and proudly flaunting her engagement ring:

PeeCee really knows what she wants and is always headstrong about her desires. Confused? Well, at the event, she revealed to PEOPLE that she did drop hints to Nick Jonas and subtly guided him to pick up the perfect engagement ring for her. She was quoted as saying, “Well, I may have dropped that hint. I think we had a conversation about it when we were dating and I’ve always known it had to be Tiffany”.

She further added, “I just knew it since I was a kid. First, it was Breakfast at Tiffany’s that did it for every girl in the world and then, of course, Sweet Home Alabama came and put a stamp on it that it has to be Tiffany! Since I was a little girl, it was just something that was stuck in my head and I may have said that and I guess he remembered.”

Nickyanka (as fans adorably call the two) fans know that Nick Jonas had shut an entire Tiffany store to buy the perfect engagement ring for his lady-love. He, along with his brothers, went crazy and did everything they could to not disappoint Priyanka. When asked about the same at Blue Book Collection, Priyanka revealed, “No, I wasn’t there, he and his brothers went and did a whole thing to buy the ring for his future wife”.

Earlier, Andrew Brown, President of WP Diamonds, had told E! News that Nick paid a fortune amount of $200,000 (almost Rs 1.5 crore) on the engagement ring. Andrew was quoted as saying, “Priyanka’s ring is a high-quality cushion cut weighing around 4 carats. It looks to be somewhere around a G colour, VS1 clarity which, from Tiffany & Co, would have a value of around $200,000.” 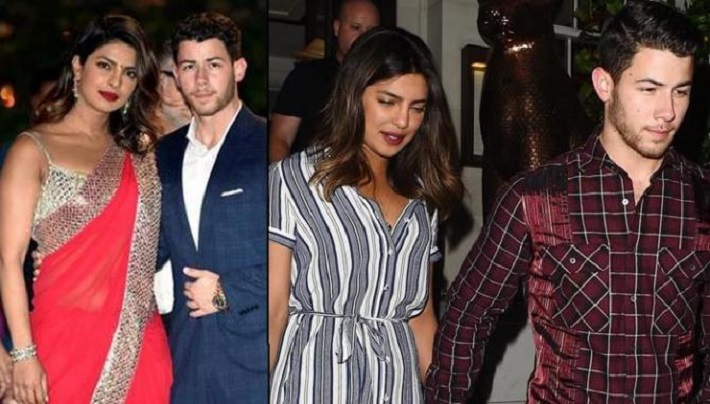 Speaking of the engagement ring, Priyanka and Nick had also shared diamond bracelets during their Roka ceremony on August 18, 2018. These stunning bracelets were designed by Gems Art Plaza, Jodhpur. They had taken to their Instagram handle and detailed out the bracelets for us by writing, “@priyankachopra does India proud again..when celebs from India are looking out for venues abroad, she choose to get engaged in true #desigirl style in India ..following Indian Traditions ..dressed in Indian attire..and adorning Indian Jewellery A moment of pride for #Jodhpur and the house of #gemsartplaza for being chosen by #priyankachopra and her family to design exquisite jewellery for her special day”.

Post their engagement, everybody is waiting for Priyanka and Nick’s wedding. The recent reports have been rife that it would be a November wedding. In fact, it’s also been suggested that her wedding lehenga would be designed by India’s ace designer duo, Abu Jani and Sandeep Khosla. SpotboyE claimed in a report, “Priyanka and Nick will get hitched as per Hindu customs and the actress has roped in Abu Jani and Sandeep Khosla to design her wedding lehenga. She met the designer duo on October 6 to finalise the designs. The meeting went on for 6 hours”.

Industry
New York, NY: May 6, 2021 –Diamonds Do Good® has launched a unique initiative inviting designers from around the world to participate in creating a...
- Advertisement -

Baselworld managing director exits the show after 15 years at the...