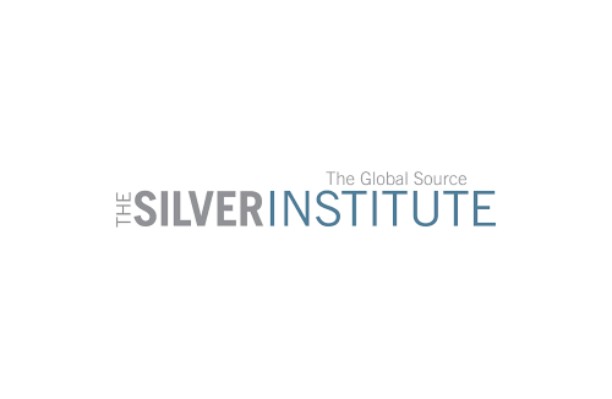 The Silver Institute, which yesterday released its detailing of market trends likely to unfold in 2018, was optimistic about growth across most sectors consuming the white metal.

There has been some interest in silver by the jewellery industry over the last many years for several reasons, mainly due to its comparative price effectiveness and on account of the colour of the metal. The institute envisages that jewellery demand is expected “to continue its steady increase in 2018”. This is likely to increase consumption by another 4%, the institute said, following a rise of 1% in 2017. “Silver demand from the jewellery sector accounts for approximately one-fifth of total silver demand,” the institute said.

However, the institute pointed out that demand for Coins had almost halved to 73 Moz (million ounces) in 2017. This was mainly due to a weak US market, where demand was diverted from physical precious metals to a buoyant stock market and to cryptocurrencies. “With equity and bonds in “expensive” territory and Bitcoin’s stratospheric increase taking a breather during the beginning of 2018, we expect some investment to flow back into precious metals, benefiting silver bar and coin demand this year,” the Silver Institute said.

On the other hand silver exchange-traded-products (ETP) holdings achieved a record high at 670 Moz at the end of 2017. The institute said that since 2002, when silver ETPs were first introduced, they have recorded a small decline in total annual holdings only twice. On the whole, there has been stable growth since 2012, and the institute expects ETP holdings to rise by approximately 3% this year.

Demand from industrial applications, accounting for the largest share – 60% — of silver offtake, is expected to continue on its growth trajectory.

“Due to silver’s unrivalled electrical conductivity, it will continue to play a vital role in major industry sectors that are moving towards increased electrification, such as automotive,” said the institute. “Although silver is used in small quantities in some applications, the diversity is large, and the continued rising volumes of applications are expected to again have a positive impact on silver consumption from industrial products this year.”

As the world moves towards greener options, there has been a strong increase in demand for small and large scale solar panels across the globe which, in turn, has boosted the demand for silver in photovoltaic applications in recent years, reaching an estimated 92 Moz in 2017. The institute is of the opinion that demand from this sector will continue to rise and set another record for silver demand. This growth is underpinned by large scale solar capacity additions and continued strong demand uptake from individual households, particularly in China, the institute said.

The institute noted that silver imports by India were very high in 2017. They reached 183 Moz, a figure almost double as compared to the previous year. “The strong increase is a combination of healthy jewellery demand and a shift from business conducted previously in cash to more formal channels,” the institute elaborated. “The implementation of the Goods-and-Services-Tax (GST) has had a positive effect on that development.”

As a result, the institute said, silver demand from jewellery, silverware, coins and medallion retailers, “who prefer a more transparent business model”, rose to quite a large extent in India last year. “In 2018 we expect silver demand from jewellery fabricators to remain strong, pushing imports to approximately 180 Moz,” the institute forecasted.

While demand side saw growth across most sectors, silver supply has begun contracting over the last couple of years. After experiencing growth over 14 consecutive years, global mine supply fell 1% in 2016. “In 2017 that trend continued with mine output expected to contract by a further 2% to 870 Moz,” the institute noted. The institute opined that production disruptions out of South America, “along with a decline in capital expenditure among the primary producers in the past five years”, is likely to impact output this year as well.

Silver generated from scrap supply, which was in a strong decline since 2011 due to a contracting pool of near market silverware, jewellery and coins, improved slightly last year on stronger recycling waste generated from the manufacturing process. “Scrap is expected to stabilize around 150 Moz this year, which equates to around 15% of total supply,” the institute said.

Summing up the demand supply equation, the institute stated: “The silver market balance (total supply less total demand) is expected swing into a slight market deficit again this year with both supply and demand reaching above 1 billion ounces. Silver from above ground stocks will have to be drawn down in order to serve the shortfall. That will be a welcome development as above ground stocks rose 9% last year in the face of weak physical demand from the United States and Asia.”

Last year the fall in silver price was merely half a per cent; and the metal maintained an average price of US$ 17.05/oz over the year. “This year we expect the silver price to experience a volatile ride,” the institute cautioned. “Short covering in the beginning of the year has already propelled the price above last year’s average. On a ratio with gold, currently at around 72, silver has plenty of room for improvement and to migrate towards its long-term average of around 64. With physical gold investment likely to be robust via risk-hedging, silver should benefit by proxy, given the propensity of professional speculators to leverage gold exposure through silver, and retail investors to buy silver instead of gold if they cannot afford the latter.”