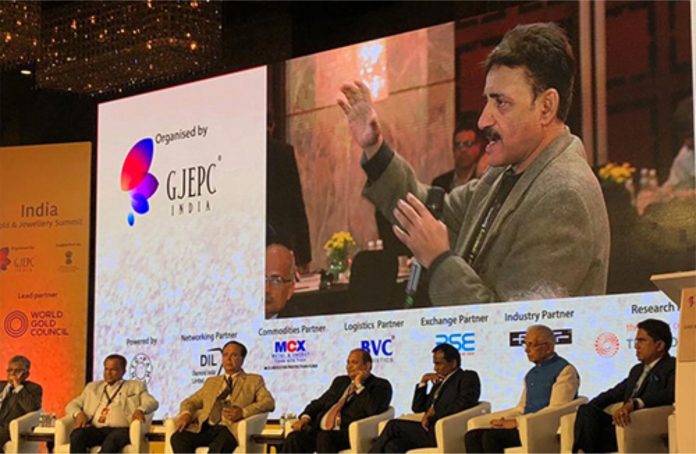 The closing day of the 2nd India Gold & Jewellery Summit focused on a number of different tools and mechanisms that are being, or could be, deployed to enable change in the industry. While the themes were fairly wide-ranging – the role of skill development, taxation and enforcement, bullion banking, etc – the discussions mainly centred around the role of government policy and the role that the industry could play in each sphere.

The two-day Summit, clearly brought into focus the growing opinion among a fairly widespread and vocal section of the jeweller community that modernisation through technological upgrades and transparency through compliance and self-regulation will be the two-pronged fulcrum of future growth.

The second day began with a sharp and succinct presentation by Mr Yaduvendra Mathur, Additional Secretary, NITI Aayog that gave the context of the organisation’s recent report, ‘Transforming India’s Gold Market’, and its role in defining the government’s gold policy. Mr Mathur pointed out that the report looks at the dual role of the yellow metal, which is both an investment tool and a commodity used by jewellers, while formulating its suggestions and was drafted after extensive interaction with the various stakeholders in the industry. The report takes into account the positive contribution of the industry to foreign trade and employment generation, Mr Mathur said.

Urging the audience to download a copy of the report for their perusal, and understand the 84 different recommendations it has outlined, Mr Mathur reiterated that the aim was to keep twin goals in mind – enhance exports and employment on the one hand, while also looking at the national interest with regard to the CAD. The Niti Aayog report was a guide to policy formulation rather than a policy itself, he said, and like earlier perspectives and plans developed by it, and earlier bodies like the Planning Commission for other sectors, it was up to the government to choose the time frame and steps for its implementation.

A related presentation was made by officials of the NCAER on the Cluster Mapping study of the gem and jewellery industry that it was going to undertake. On behalf of the organisation, Dr. Poonam Munjal, Senior Fellow, outlined the different data sources that had helped shape the contours of the study and some of the perspectives that would guide the actual field work which was expected to commence shortly.

Both Mr Kapoor and Mr Chawla made detailed presentations on their organisations and the various programmes they were conducting, particularly those with relevance to the gold jewellery industry. Mr Kapoor pointed out that after the NSDC launched its Recognition of Prior Learning (RPL) programmes, that enabled artisans who had learned their skills on the job to receive certification, their lives had improved. A study revealed that 47% received better wages, and 63% felt that their skills were being given better recognition as a result of the certificate.

Similarly, Mr Chawla highlighted the various incentive schemes and other assistance available to MSMEs in the jewellery sector for upgrades, participation in exhibitions, and other promotional activities etc. and urged jewellers to emulate the example of Mars Jewels, an SME which had set up India’s first ZED (Zero Effect, Zero Defect) jewellery manufacturing unit with assistance from the IA MSME platform.

The discussion saw a broad consensus on the need to upgrade the skills and the livelihoods of India’s traditional artisans and create conditions for them to prosper if India was to assume a global leadership role in the jewellery industry. Mr Kothari said that the need of the hour was to develop courses that equipped the artisans with contemporary skills while Mr Khandelwal stressed on the need to take care of the karigars, as that will also meet the demand from global consumers of quality products.

In the next couple of sessions and presentations, the focus was on ‘GST, Taxation and Enforcement – Making Gold a Transparent Asset Class’.

Government officials Mr Rashmi Ranjan Das, JS, TRU, MOF and Mr O.P. Dadich, Additional Director General, DRI and Mr B N Sharma of the National Anti-Profiteering Authority spoke on the role that their departments play in enforcement and monitoring of financial and other transactions to ensure compliance with tax laws, and other related legislations such as Prevention of Money Laundering Act etc.

The panellists covered a vast spectrum of issues from GST and the various concerns among jewellers arising out of its implementation, to whether the jewellery industry was indeed a luxury industry or not, the need for SOPs which would help in standardising procedures and aid in regulation if gold jewellery was to be developed as an asset class, and the impact of the additional paper work required for compliance on the small and medium sized companies, etc.

The panellists discussed the pros and cons of introducing metal accounts into the banking system, a blueprint for which is being prepared by a group of stakeholders in the industry. It covered areas related to purity and standards, the requisite infrastructure for storage, delivery and trading, the leasing market and possible impact on trade, purchase and delivery of metal to overseas partners and so on.

A last concluding session saw the GJEPC Chairman Mr Pramod Agrawal, other members of the Gold and Silver Jewellery Panel Committees and some of the Regional Chairmen of GJEPC interact with the representatives of the over 30 trade associations from various parts of the country who had come to attend the Summit. During the Chaupal, or Open House, they responded to questions, suggestions and other proposals made, and where necessary and possible, drew up some immediate action plans as well. 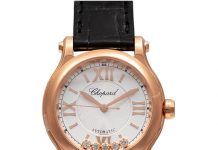