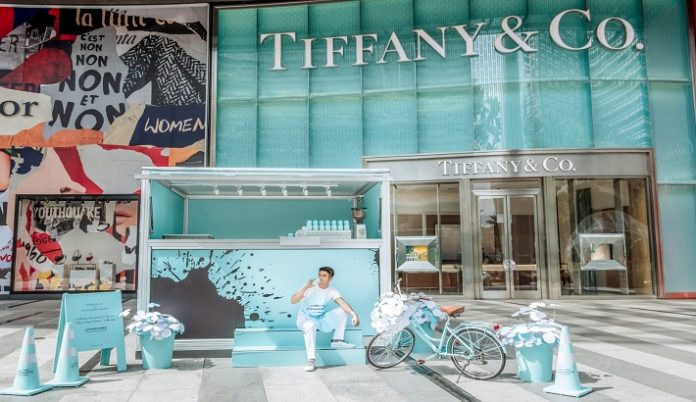 Tiffany & Co. reporting its financial results for the three months (second quarter/Q2) and six months (first half/H1) ended July 31, 2019 reported that worldwide net sales for both periods were lower on a reported basis.

Net earnings for the first half of US$261 million stood 9% below than US$287 million reported for the same period of the previous year; and net earnings per diluted share were US$2.15 against US$2.31 in the prior year.

The Company’s management attributed the decline – which was evident across the region — to lower spending by foreign tourists and, to a lesser extent, local customers. On a constant-exchange-rate basis, total sales and comparable sales both declined 4% in the second quarter and first half.

The decrease in sales in both periods in the Asia-Pacific region was attributed to the effect of foreign currency translation by the Company’s management. On a constant-exchange-rate basis, total sales increased 3% in both the second quarter and first half, while comparable sales increased 1% and were unchanged, respectively.

“Sales performance in both periods reflected strong growth in mainland China, softness in Hong Kong and mixed performance in other markets in the region,” Tiffany remarked. “Management attributed these sales results to higher spending by local customers largely offset by lower spending by foreign tourists.”

Tiffany reported that net inventories as at July 31, 2019 were 3% above the prior year.

At July 31, 2019, cash and cash equivalents and short-term investments totalled US$681 million. Total debt (short-term borrowings and long-term debt) of US$1.0 billion represented 32% of stockholders’ equity, which is the same as a year ago, the Company stated.

Alessandro Bogliolo, Chief Executive Officer, commented: “Our second quarter and first half results were mixed with sales coming in below, but net earnings exceeding, our expectations. As with the first quarter, we are encouraged in the second quarter by sales growth attributed to our local customer base globally, which was again led by double digit growth in mainland China. With the tough comparison to last year’s strong performance in the first half behind us, and in spite of the headwinds of weak demand from foreign tourists, currency exchange rate pressures and continuing business disruptions in Hong Kong, we are actively managing what is in our control and positioning our Brand to win – accelerating new product introductions and keeping a visible profile.”

However, Tiffany’s management maintained its guidance for the fiscal year ending January 31, 2020 (fiscal 2019).

Fashion
Summer is the perfect season to utterly release your excess steam, do things out of the blue, experience new things in the warm sunshine,...

Color Stone
From encouraging a contended marital life to enhancing creativity and eliminating negativity, they make your life better and simpler in many ways. The sparkling...