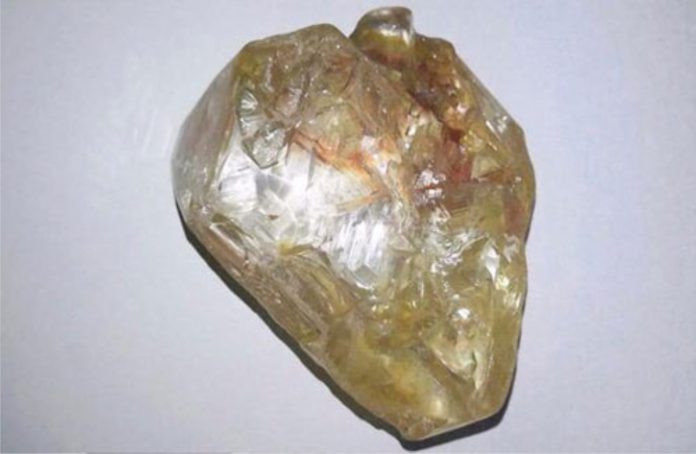 The 709-carat diamond recovered in March this year in Sierra Leone, has finally sold at auction in New York for a price of US$ 6.5 million – which might seem like a large sum to most.

However, at an earlier auction held in Sierra Leone’s Freetown in May, the government of that country had refused to sell on an offer of US$ 7.8 million, as that failed to meet the reserve price, it was reported.

The Peace Diamond is the second largest ever to be discovered in that country – the largest being the 968.9-carat Star of Sierra Leone which was discovered in 1972 — and said to be the 14th largest in the world.

It was taken on a roadshow to several important centres, including Antwerp, after the first attempt to sell it. The latest auction of the diamond was entrusted to, and conducted by, the Rapaport Group.

The diamond is reported to have been viewed by 70 prospective customers and received seven bids.

Rapaport had earlier announced: “Over 50% of the sale value will directly benefit the people of Sierra Leone, as well as the village and district where the diamond was found. It will directly fund clean water, electricity, school, medical facilities, bridges and roads, none of which are currently available in Koryardu.”

Discovered by Pastor Emmanuel Momoh, the diamond was ceremonially handed over to the Government of Sierra Leone in March this year.

The 709 carat Peace Diamond discovered in Sierra Leone in March

ALROSA Launches First Ever Consumer Promo with Contest for ‘Most Creative...