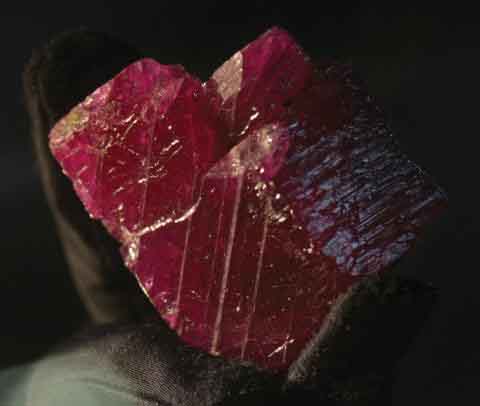 On Oct. 7, an executive order officially lifted the 8-year-old ban on Burmese rubies and jade entering the United States.

President Obama first announced his intention to end the blockade against gems from Myanmar (the former Burma) during a Sept. 14 meeting with the country’s leader, Daw Aung San Suu Kyi.

While it’s not clear how much ruby mining continues in the country’s 1,000-year-old gem industry, Burmese origin still holds considerable cachet, and the country’s best rubies are considered among the most desirable gems in the world.

The ban was first enacted with the passage of the JADE (Junta’s Anti-Democratic Efforts) Act in 2008, an attempt by Congress to put pressure on the country’s military government. The following year, provisions were added that strengthened the ban.

The blockade had an immediate effect on the ruby business, leading companies such as Tiffany & Co. to ban the sale of all rubies as a precautionary measure. Some in the industry also feel it sparked the current popularity of flux-grown gems.

When the JADE Act expired in 2013, many hoped, given the country’s transition to democratic rule, that the ban would expire as well. But citing ongoing human rights concerns in the country’s gem-producing areas, President Obama issued an executive order keeping the ruby and jade ban in place.

Gemstone dealers greeted the news of the ban’s lifting enthusiastically; many (though not all) felt it should have never been enacted in the first place.

“There’s a huge collective sigh of relief,” says Doug Hucker, CEO of the American Gem Trade Association. “This has been a very difficult situation for our industry and the artisanal miners in Burma.”

At the time the ban was lifted, Hucker and other industry leaders were taking a tour of Myanmar—and found a country, and industry, ready to re-engage with the United States.

“We have had an amazing reaction from the top down,” says Jeffrey Bilgore, AGTA president. “This is a country coming out of the darkness of 50 years of military rule and eager to participate in the new order. America is the largest gem-consuming market in the world, and Myanmar hasn’t been able to sell us rubies for eight years. They are happy to come out from the darkness, come out from [under] the cloud.”

Hucker adds that locals stressed that they were committed to responsible mining. “We have made recommendations to them, and across the board they have been receptive,” he says. “Everyone wants to do business in the right way. It’s ingrained in their philosophy, their religion.”

The members of the tour group—which included David Bonaparte, president and CEO of Jewelers of America; JA’s legislative counsel, Timothy Haake; and GIA distinguished research fellow James E. Shigley—acknowledged that considerable problems remain in the Burmese jade sector, so they focused on other gems. (Myanmar also produces sapphires, topaz, and other colored stones.)

“The gem sector has always operated in a very different way than the jade sector,” Bilgore says. “There is still an awful lot of work to do there. The gemstone sector can be a model to the jade sector in helping to modify their practices.”

Even though the official ban is now history, the gem industry remains on the U.S. government’s radar. A Department of State fact sheet says the United States plans to “work closely with the government [of Myanmar on] the need for responsible and transparent investment and business practices, in particular in the jadeite and gemstones sector.”

ALROSA to Hold its First Ever Auction of Polished Coloured Diamonds;...