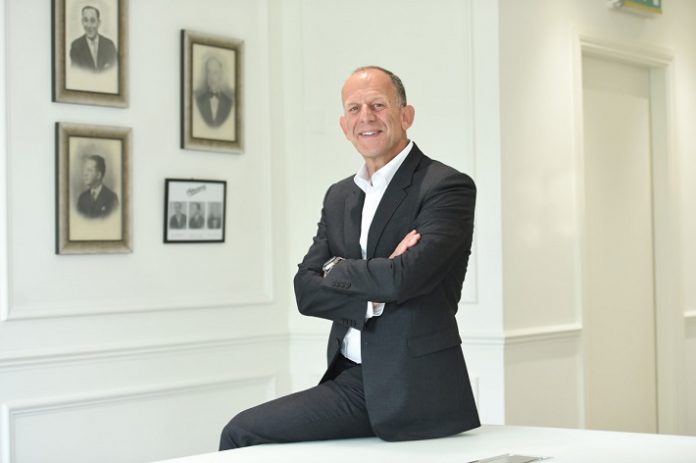 In its centenary year, the chairman of Beaverbrooks the Jewellers has been chosen by Her Majesty the Queen to become the next High Sheriff of Greater Manchester.

Adlestone was formally appointed at a special ceremony in Buckingham Palace when, in accordance with ancient tradition, Her Majesty took a bodkin (a blunt needle) and ceremonially pricked a hole through Mr Adlestone’s name on a specially prepared parchment known as ‘The Lites.’

This unusual method dates back to the reign of Elizabeth I. It is understood she was interrupted to appoint a High Sheriff during needlework and, having nothing to write with, pricked a hole through the name on the parchment with the very same bodkin.

Adlestone, who was appointed deputy lieutenant of Greater Manchester in 2017, will be officially installed at a ceremony on Thursday April 11 2019 at Hale Synagogue and will then take on the role for 12 months as an unpaid Keeper of The Queen’s Peace in Greater Manchester.

One of the main features of a high sheriff role is to support and contribute to the voluntary sector, encouraging the growth and development of charities. Charity-figurehead Adlestone, who dedicates a minimum of one day a week to his charity and communal work, is particularly looking forward to this opportunity.

Adlestone, who was awarded an OBE for his services to business and charity in the North of England in 2015, introduced the concept of charitable giving at Beaverbrooks, which donates 20 per cent of its retained profits to charity and since the year 2000, has donated in excess of £13m to over 700 charities.

He comments: “The high sheriff is a well-established tradition and it is a great honour for me to take up the role, especially in Beaverbrooks 100th Birthday year. I look forward to supporting the people of the county and making further contributions to the community.

“This is such an exciting opportunity for me and a great reflection on our wonderful company, as well as the work of The Fed, the leading social and welfare organisation within the Jewish community of Greater Manchester, of which I was Chairman for 10 years.”

The role of a high sheriff can be traced back 1,000 years and was even mentioned in the Magna Carta. Originally, they were appointed to act as the monarch’s Agent in the counties, but now the role has become a largely ceremonial one, defined by guiding principles.

They must support the Royal family, the judiciary, the police and law enforcement, the emergency services, local authorities and all organised church and faith groups. Wearing a blue tunic, a Sam Browne belt and carrying a ceremonial sword, Adlestone will also welcome high court judges and members of the Royal family on visits to Manchester.

Industry
Moscow, 22 October 2020 – ALROSA has begun delivering on its plan to create a single production framework encompassing all of its cutting and...
- Advertisement -

‘Diavik Stars of the Arctic’ to impress at diamond tender