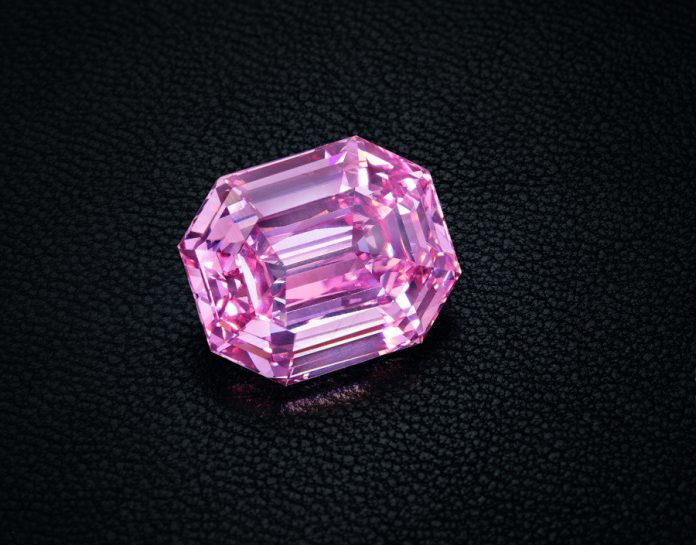 In November, Christie’s Geneva will present the largest and finest fancy vivid pink diamond ever offered at auction by the company.

Weighing just under 19 carats (18.96 carats), ‘The Pink Legacy’ will go under the hammer on November 13, offering jewellery enthusiasts the chance to purchase an exceptional rectangular-cut gem.

The Pink Legacy will lead Christie’s Magnificent Jewels auction, held at the Four Seasons Hotel des Bergues in Geneva. The pink stone has descended from the Oppenheimer Family and is estimated at US $30 to $50 million.

Rahul Kadakia, international head of jewellery, shares: “The discovery of this previously un-recorded and remarkable diamond will cause immense excitement with collectors and connoisseurs of diamonds around the world. The Pink Legacy will be exhibited on a global tour prior to being auctioned on 13 November at the Four Seasons Hotel des Bergues. Its exceptional provenance will no doubt propel it into a class of its own as one of the world’s greatest diamonds.”

The Pink Legacy has been awarded the highest diamond colour grading of VIVID by the Gemological Institute of America. Vivid coloured diamonds are the most strongly saturated gems, displaying the optimum hue of the stone.

It is a classic rectangular cut diamond, a cut that is traditionally used for white stones, and weighs an 18.96 carats when most pink diamonds of this colour weigh less than a carat.

The Pink Legacy is also internally very pure which is extremely rare in pink diamonds where the colour is formed by pressure and slippage of the crystal lattice which typically causes imperfections in the stone.

“Pink diamonds of any size and depth of colour have always had a special allure even amongst knowledgeable industry members. The 18.96 carat emerald cut pink diamond is amongst the rarest of all gemstones,” declares GIA executive vice president, Tom Moses.

In addition, The Pink Legacy classifies as a Type IIa diamond, which contains little if any nitrogen and accounts for less than two percent of all gem diamonds. Type IIA stones are some of the most chemically pure diamonds, often with exceptional transparency and brilliance. 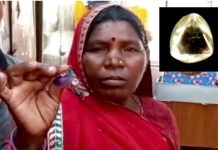 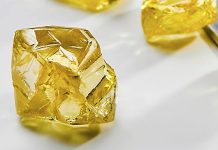