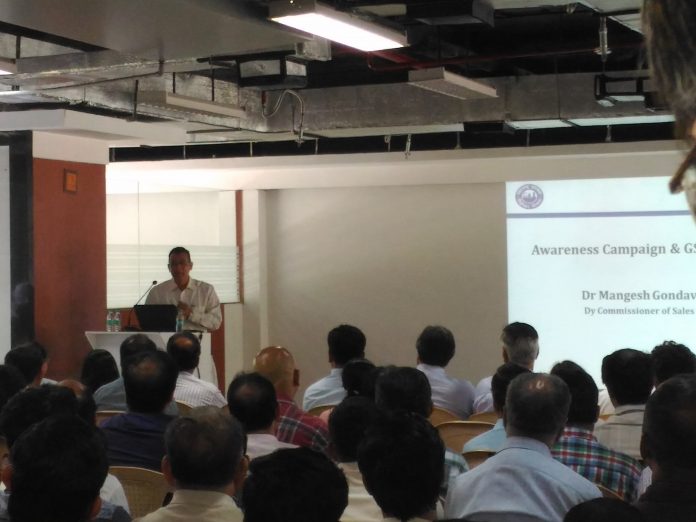 The Gem & Jewellery Export Promotion Council (GJEPC), in association with the Bharat Diamond Bourse (BDB), hosted an Awareness Seminar on the forthcoming GST regime at the BDB premises on May 10, 2017. The seminar was addressed by Dr. Mangesh Gondavale, Deputy Commissioner of Sales Tax and Nishant Shah from ELP, Tax, which is a consultant to the industry on GST.

Dr. Gondavale explained the reasons behind the shift from the current taxation system to the proposed GST regime and the benefits that would accrue as a result. He also gave a detailed overview of how the new system would operate and the procedures that companies would need to follow as a result of the change.

The Consultant gave a presentation related to upcoming GST regime which is going to be implemented from July 2017 by the government and briefed the members about various rules, proposed changes in prevalent tax structure after implementation of the upcoming GST regime.

The seminar concluded with a detailed Q&A session.