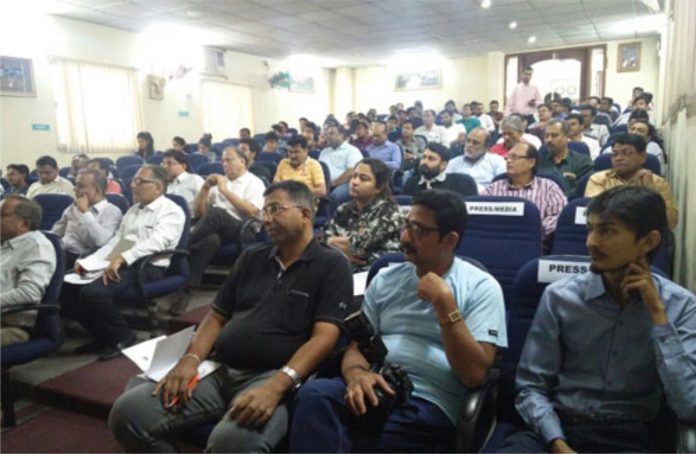 The Gem & Jewellery Export Promotion Council (GJEPC) Gujarat Region conducted a seminar for its members to discuss the impact of the Union Budget that was released on February 1, on the gem and jewellery industry. The meeting was addressed by Dineshbhai Navadiya, Regional Chairman, GJEPC – Gujarat Region and well-known CA Nirav Jogani, Vice Chairman, RSM Astute Consultech Pvt. Ltd.

In his introductory remarks, the Regional Chairman said that the reduced rate of 0.25% GST on both rough and polised diamonds would help ease the financial burden on manufacturing units. He added that if units in Surat directly import rough diamonds and send them to Mumbai after polishing for sale or export, then the credit for GST paid on the rough can be utilised for paying the GST on polished diamonds.

Jogani then made an in-depth presentation on the Budget, highlighting the key changes that impact the gem & jewellery industry. He agreed that import of rough directly into Surat would be favourable for units here, because it will soon become necessary for all goods moving between Surat and Mumbai to be tallied jangad to jangad at the time of assessment. This, he said, can be a source of confusion and queries. While direct Import of rough to Surat and supply of polished goods to Mumbai will be simpler, actual systems would depend upon the working model adopted by each unit and would need to be decided on a case to case basis.

Giving information related to new provisions for direct and indirect taxes, corporate tax, surcharge, changes in import duty on goods and the implications of these measures for the industry, Jogani said that items that fall under Chapter 71 are exempted from the provisions of E-way bill rules but require to be supported by delivery challan, tax invoice or any other relevant documents at all times.

Stating that notification giving information on the surcharge to be levied on basic Custooms Duty of diamonds has not been issued, he pointed out that if a surcharge of 10% is levied then the import duty of 5% on diamonds will increase by 0.5%. He, however, added that the picture will be clearer only after a formal notification is issued. A surcharge of 3% on gold and silver import duty has already been declared, he said.