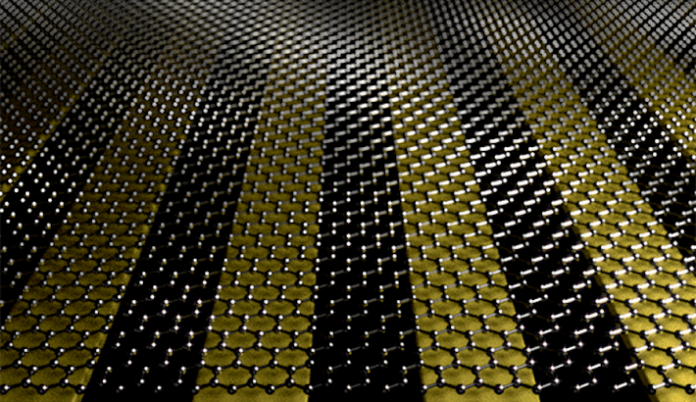 Graphene and gold are now being used in ultrasensitive biosensors to detect diseases at the molecular level with near perfect efficiency.

In a paper published in the journal Nature Nanotechnology, scientists with the University of Minnesota explain how they developed ultrasensitive biosensors capable of probing protein structures and, therefore, able to detect disorders related to protein misfolding.

Such disorders range from Alzheimer’s disease in humans to chronic wasting disease and mad cow disease in animals.

“In order to detect and treat many diseases we need to detect protein molecules at very small amounts and understand their structure,” said Sang-Hyun Oh, lead researcher on the study, in a media statement. “Currently, there are many technical challenges with that process. We hope that our device using graphene and a unique manufacturing process will provide the fundamental research that can help overcome those challenges.”

Oh explained that graphene, a high-quality form of graphite that ‘evolves’ into a material made of a single layer of carbon atoms, has already been used in biosensors. The problem has been that its remarkable single atom thickness does not interact efficiently with light when shined through it. Light absorption and conversion to local electric fields are essential for detecting small amounts of molecules when diagnosing diseases.

According to the scientist, previous research utilizing similar graphene nanostructures has only demonstrated a light absorption rate of less than 10%.

In their new study, however, the UMN researchers combined graphene with nano-sized metal ribbons of gold. Using sticky tape and a high-tech nanofabrication technique called “template stripping,” they were able to create an ultra-flat base layer surface for the graphene.

They then used the energy of light to generate a sloshing motion of electrons or plasmons in the graphene. “By shining light on the single-atom-thick graphene layer device, they were able to create a plasmon wave with unprecedented efficiency at a near-perfect 94 percent light absorption into ‘tidal waves’ of an electric field. When they inserted protein molecules between the graphene and metal ribbons, they were able to harness enough energy to view single layers of protein molecules,” the university’s press release reads.

According to Oh, he and his team were surprised by the rate of light absorption, which matched almost perfectly their computer simulations.

The scientists are hopeful that this technique will greatly improve different devices used to detect disorders related to protein misfolding.

Industry
There are some clarifications which have come from the government and discuss this matter in detail especially in connection with what the recent notification...
- Advertisement -