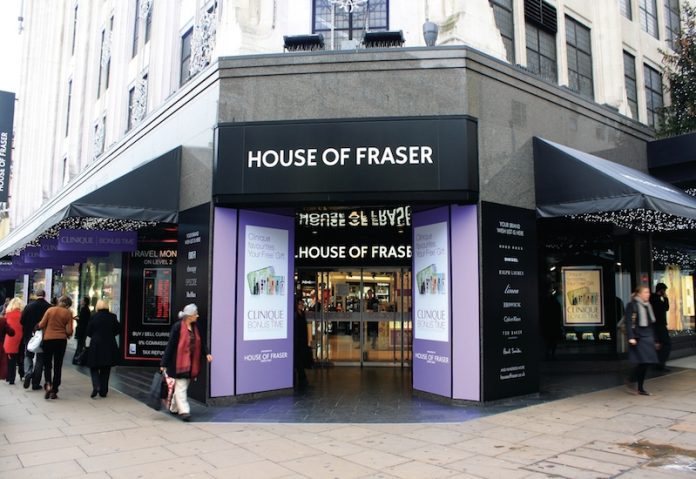 House of Fraser announced yesterday that it intends to close 31 out of its 59 shops as part of an extensive rescue plan.

If the plan is approved, 2,000 House of Fraser employees will be made redundant, along with 4,000 people in brand and concession roles.

Like all British department stores, House of Fraser stocks jewellery from many of the UK’s leading jewellery brands, including Swarovski, Pandora and Thomas Sabo, but what sets it apart is its willingness to give emerging brands and designers a physical retail platform too.

The House of Fraser jewellery team are the first to attend trade shows and pick up brand new jewellery products, with many singing the retail giants praises to Professional Jeweller.

The department store was one of the first to snap up Swarovski Group brands Adore and Karl Lagerfeld, both of which have reportedstrong sales to date, while the retailer recently began selling fashion brand Lily and Rose, which has got off to a positive start in its stores and online.

House of Fraser also stocks British brands such as Buckley London, Daisy London, Azendi, and Tutti & Co, alongside an extensive option for men, with Fred Bennett, Tateossian and Simon Carter represented in its stores nationwide.

On the watch side, one of the retailer’s biggest concession partners is Fossil Group, which runs the watch business for House of Fraser under the Watch Station brand name.