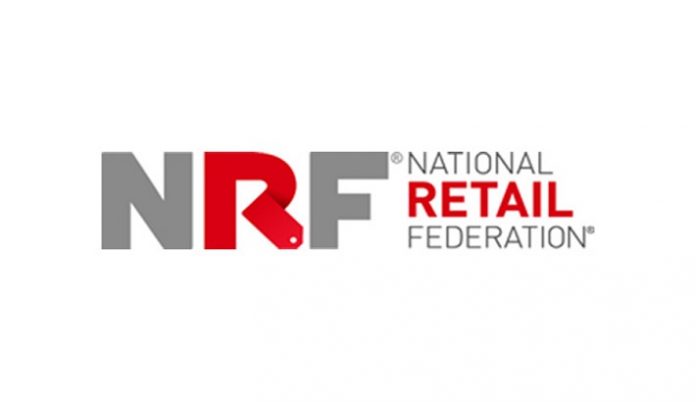 The National Retail Federation (NRF) of the USA, announcing the results of its consumer survey on shopping over the Thanksgiving weekend (Thursday November 28 to Monday December 2, 2019), said that a record 189.6 million U.S. consumers shopped from Thanksgiving Day through Cyber Monday this year. This translates to an increase of 14% over last year’s 165.8 million shoppers.

The National Retail Federation and Prosper Insights & Analytics survey also found that consumers spent an average of US$361.90 on holiday items over the five-day period; a growth of 16% from the average of US$313.29 spent during the same period last year.

“Americans continue to start their holiday shopping earlier in the year, and Thanksgiving is still a critical weekend for millions,” NRF President and CEO Matthew Shay said. “Whether they’re looking for something unique on Main Street, making a trip to the store or searching for the best deals from their mobile device, this is when shoppers shift into high gear. With the condensed holiday season, consumers are feeling the pressure to get their shopping done in time. Even those who typically wait until the last minute to purchase gifts turned out in record numbers all weekend long.”

“Consumers who shopped in both channels spent an average US$366.79, spending at least 25 percent more than those who shopped in only one or the other,” NRF noted.

“For the first time, Black Friday topped Cyber Monday as the busiest day for online at 93.2 million shoppers compared with 83.3 million,” NRF observed. “Saturday followed at 58.2 million, Thanksgiving Day at 49.7 million and Sunday at 43.1 million.”

As the line between shopping online and in-store becomes increasingly blurred, what tipped the scale for 49% (2018: 42%) of shoppers and emerged as the strongest reason “to make a purchase they were otherwise hesitant about”, was free shipping.

The ability to order online and pick up in-store was cited as a factor by 20%, up from 15% last year. Other major factors were limited-time sales or promotions (36%) and an easy-to-use website or app (21%).

What is more, 39% of consumers depended on emails from retailers for information on deals and promotions, edging out conventional advertising circulars, which were tied with online searches at 38%. The survey also found that mobile devices powered on, playing “a significant role”; and were used by 75% of consumers to research products, compare prices or make purchases, up from 66% last year.

“The growth in online retail sales is a tide that lifts everybody,” Prosper Executive Vice President of Strategy Phil Rist said. “When consumers are buying from retailers online but picking up or making returns in-store, it is more and more difficult to distinguish between the sales retailers make in their stores and the ones they make on their websites.”

“On average, consumers had completed 52 percent of their shopping, up from 44 percent during the same weekend last year, although Thanksgiving came six days earlier in 2018,” NRF stated. “The survey found only 39 percent of shoppers believe deals seen over the Thanksgiving weekend will get better throughout the rest of the season.”

NRF believes that the popularity of Thanksgiving weekend shopping continues; even as its earlier survey found that 56% said they had already commenced their holiday shopping from the first week of November.

NRF, which defines the holiday season spanning the period from November 1 through December 31, has forecast that this year sales will total between US$727.9 billion and US$730.7 billion; with consumers expecting to spend an average US$1,047.83 – including purchases made earlier – marking an increase of 4% over last year.

Amazon opens its platform to local retail market in Israel