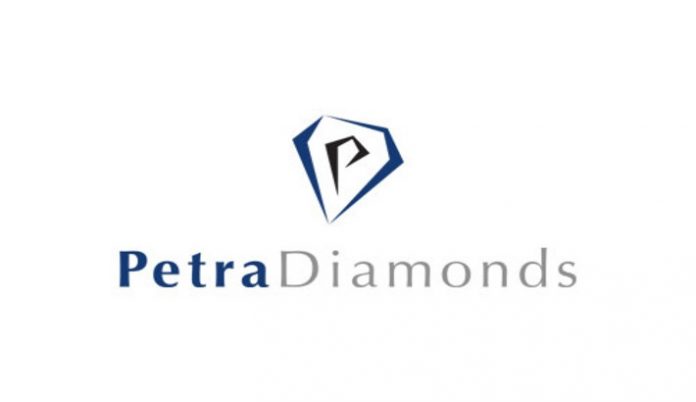 Announcing its preliminary (unaudited) results for the year ended June 30, 2019 (FY 2019), Petra Diamonds Limited reported that its revenue of US$ 463.6 million, had decreased by 6% as compared to a revenue of US$ 495.3 million earned in FY 2018; adding that “diamond prices realised by Petra (were) down ca. 5% in line with the wider market”.

However, Petra’s positive operational free cash flow of US$ 70.5 million (FY 2018: US$ 61.3 million outflow) was underlined as “an important milestone for the Company and reflecting the strong grip on factors under Petra’s control (production, costs and capex)”.

Petra also stated that Operational Capex (excluding capitalised borrowing costs) reduced to US$ 81.4 million (FY 2018: US$ 129.6 million), within budget, and in line with the Company’s reducing capital expenditure profile.

The Company reported a total production of about 705 Kcts for July and August. Its sales from the September tender amounted to US$ 61.6 million, “with prices down ca. 4% on a like-for-like basis compared with Q4 FY 2019, reflecting weaker market conditions”, the Company emphasised. “Demand remained solid across all assortments although weaker for larger white stones,” Petra added.

The Company also pointed out that the current exchange rate, that is ZAR:USD weakness “is partially offsetting some of the weakness in diamond prices”.

Petra affirmed that it is on track to achieve production guidance of about 3.8 Mcts for FY 2020.

“Project 2022 was launched in July 2019, led by a senior project executive team,” Petra said. “The initiative aims to identify and drive efficiencies and improvement across all aspects of the business, targeting delivery of US$ 150 – 200 million cumulative free cash flow over a three year period, with delivery weighted towards FY 2021 and FY 2022 and dependent on diamond pricing.”

The Company added that the “diagnostic phase” has now been completed at both Finsch and Cullinan and that it has identified “a number of potential operational cost saving and throughput enhancement opportunities”, which have been scheduled to be implemented from Q1 FY 2020. “In addition, further diagnostics are being conducted to identify opportunities at Koffiefontein, Williamson and off-mine expenditure,” the Company stated.

Providing its analysis of the immediate future, the Company said: “Whilst noting that seasonal weakness is typically experienced in pricing at the first tender of FY 2020, the Company expects the diamond market to remain challenging in the near-term. Updated cash flow projections indicate sufficient headroom from available cash balances and existing banking facilities. The continued market weakness and its expected impact on the Company has been discussed with the South African Lender Group who have confirmed their ongoing support. Both the ZAR 1 billion (ca. US$ 70 million) revolving credit facility and the ZAR 500 million (ca. US$ 35 million) working capital facility are currently undrawn and remain available.”

Richard Duffy, Chief Executive, commented: “Petra achieved a solid operational performance in FY 2019, generating operating free cash flow of US$ 70.5 million, despite a weaker market, and during the Company’s transition from its expansionary capital expenditure phase towards steady-state production. Our Board has conducted a thorough strategic review of the business. In the short term, we remain firmly focused on the rigorous execution of Project 2022, which is expected to reduce the Company’s high net debt levels, against this backdrop of a challenging diamond market. Addressing this leverage will enable us to capture future organic growth opportunities and reposition Petra as the leading mid-tier diamond producer.”