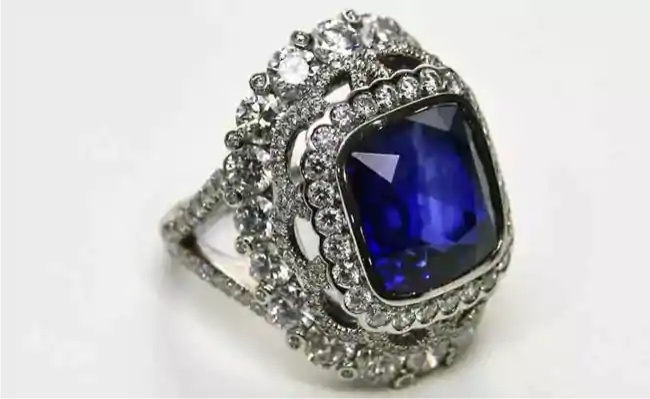 A rare blue diamond that is one of the world’s most famous jewels, has had a complicated history, passing through the hands of monarchs and bankers

WASHINGTON: The Hope Diamond, a rare blue diamond that is one of the world’s most famous jewels, has had a complicated history, passing through the hands of monarchs and bankers and heiresses and thieves before landing for all to see at a Washington museum.
The geological history of blue diamonds is even more complex, according to research published on Wednesday examining these exceptionally scarce and valuable gems.

Scientists analyzed 46 blue diamonds, including one from South Africa that sold for $25 million in 2016, and determined that they can form at depths of at least 410 miles (660 km), reaching into a part of the Earth’s interior called the lower mantle. Tiny mineral fragments trapped inside them provided clues about the birthplace of the diamonds.

Blue diamonds comprise only about 0.02 percent of mined diamonds but include some of the world’s most famous jewels.

Diamonds are a crystalline form of pure carbon, forming under enormous heat and pressure. Blue diamonds crystallize alongside water-bearing minerals that long ago were part of the seafloor but were shoved to great depths during the inexorable movement of the immense tectonic plates that shape Earth’s surface, the researchers said.

Scientists already knew these diamonds acquired their blue hue from the element boron. This study indicated this boron once had been in ocean water and was incorporated into the seafloor rock that over millions of years moved deep underground.

“This is the first time anyone has come up with a fact-based story or model for how blue diamonds form. Prior to this study we had no idea where they form, what kinds of host-rocks they form in, or where they might be getting their boron from,” said Gemological Institute of America research scientist Evan Smith, who led the study published in the journal Nature.

Most diamonds are not completely colorless, often possessing slight yellowish tints. Although rare, some even have prominent hues of, for example, yellow, brown, pink or green. About 99 percent of all diamonds form roughly 90 to 125 miles (150-200 km) underground — shallower depths than the blue ones.

Aside from the Hope Diamond, on display at the Smithsonian National Museum of Natural History, another blue diamond called the Oppenheimer Blue in 2016 sold for $57.5 million, at the time the highest auction price for any jewel.