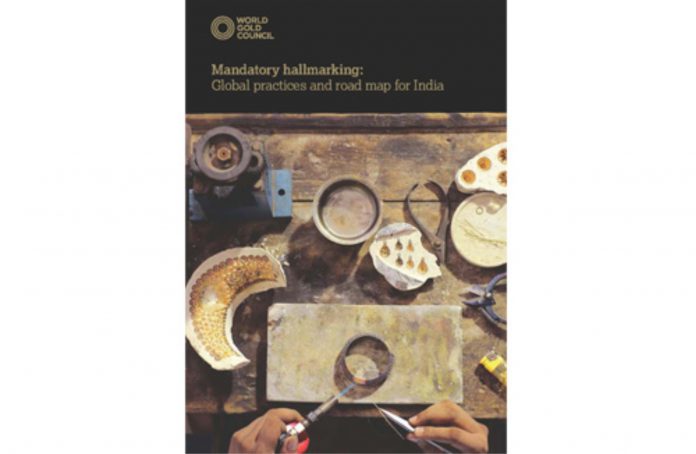 This report looks at hallmarking from different perspectives, discussing the processes involved, the key aspects of implementation and the lessons from implementation of a regulatory architecture in important global markets including UK, China, Dubai and others.

Stressing that “product integrity is a key attribute of gold industry and it is not evident in India”, the WGC says that “if India is to be marketed as the best handcrafted jewellery manufacturer in the world, practical and strict enforcement of mandatory hallmarking is a pre-condition”.

Welcoming various moves of the government and the BIS to move towards mandatory hallmarking, the WGC asserts that the benefits a well-implemented scheme will be huge, but, if it is not implemented properly, “market participants will fail to support it, consumers will lose faith in it and international players will turn their backs on it”.

Analysing past efforts with regard to hallmarking, which was introduced 17 years ago, WGC said that today “there are only 15,000 licensee jewellers supported by some 500 assaying and hallmarking centres (AHCs), which is inadequate”.

Some key recommendations of the WGC report include:

• While retailers should be responsible in the short run, over the long term, manufacturers should assume responsibility for hallmarking

• The scheme should cover both jewellery and bullion

• In order to ensure that mandatory hallmarking is regulated and monitored appropriately, the BIS would need to expand current capacity 60-fold

• Better training for AHCs would encourage support for mandatory hallmarking

• Manufacturers, retailers, refineries and assaying centres should be registered, even if retailers take initial responsibility for hallmarking.

WGC concludes, “We strongly believe that a gradual roll-out of mandatory hallmarking would prove most beneficial to India, structured in three phases. The first phase could cover India’s 22 largest cities, from Mumbai and New Delhi to Nagpur and Patna. The second phase, beginning a year later, can cover around 700 district headquarters. The third phase would begin in (next) one or two years to roll out programme across India.”