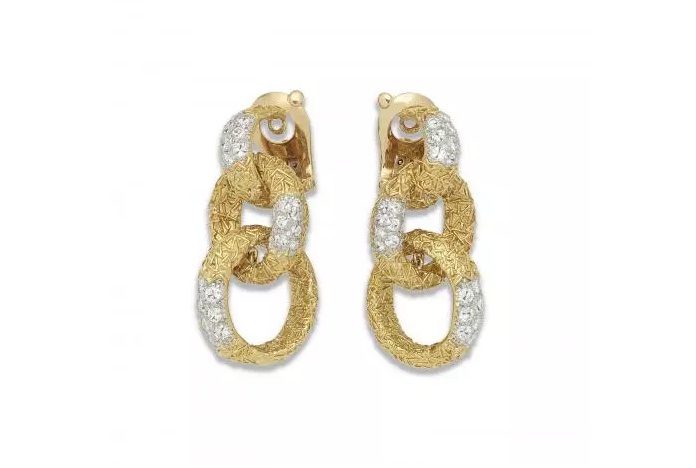 The decade has always captured my fancy (I think I was the only one on the planet who was genuinely crushed when HBO canceled Vinyl). And, according to a recent announcement from Bonhams, we can expect jewelry consumers to display and act on a similar fascination with the era throughout 2017, especially at the connoisseur and collector level.

“Jewelry design from the 1970s is now firmly established as a recognized collecting area, and one that Bonhams anticipates will grow further in 2017,” says Jean Ghika, director of jewelry for Bonhams UK and Europe. “It was a decade that saw the emergence of jewelry ‘to wear’ rather than jewelry ‘to put away.’ Unlike the more restrained jewelry of previous decades, the value lay in a piece’s aesthetic composition rather than the carat weight of expensive diamonds and gemstones used. Perhaps it is this ‘anti-bling’ stance that continues to appeal to the growing band of 21st century collectors.”

Based on Bonhams prediction, and knowing that jewelry designers and makers often look to the recent past for inspiration (see: Roberto Coin’s Carnaby Street collection or Bulgari’s ’70s-inflected Serpenti sautoir), perhaps we’ll see the defining palettes, gemstones, and silhouettes of the decade having an influence on this year’s forthcoming collections.

Below, a handful of 1970s-era jewelry designs from the Bonhams sale archives to inspire you, including magnificent pieces by Andrew Grima (“the doyen of modern jewelry design in Britain,” according to Ghika) and the French masters.

Regarding the Cartier brooch—I know “Ashes to Ashes” didn’t release until 1980, but I’m totally having visions of David Bowie’s Pierrot clown moment…