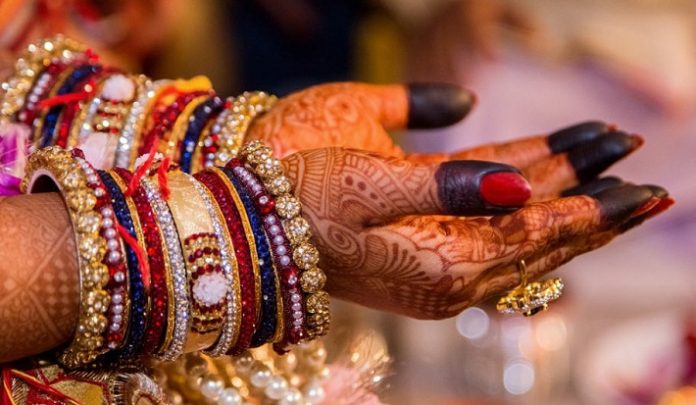 An India state will give gold worth about $530 to every bride from a poor family, the latest budget giveaway ahead of a general election that must be held by May.

The northeastern state of Assam is run by Prime Minister Narendra Modi’s Hindu nationalist Bharatiya Janata Party (BJP), which is facing a battle for re-election because of low farm incomes and a lack of jobs that have turned off some of those who backed it in the last polls, in 2014.

On Thursday, the Reserve Bank of India (RBI) cut interest rates for the first time since 2017, in line with a government demand as it attempts to stimulate the economy.

The opposition Congress party has also been forgiving farmers’ loans and announcing it would provide the unemployed with cash handouts in some of the states it controls.

But handing out gold to brides is new.

The tea-growing state’s finance minister, Himanta Biswa Sarma, allocated 3 billion rupees ($42 million) for the next fiscal year, from April 1, for the gold programme.

“A customary ritual which has been part of Assamese society for centuries is to gift a set of gold ornaments to one’s daughter as a blessing as she leaves her father’s home to start a new life,” Sarma said in his budget speech on Wednesday.

He said the programme should stop families falling into debt to pay for daughters’ weddings.

“I feel that it’s my solemn responsibility to stand with those fathers who cannot afford to gift a set of gold ornaments,” he said.

The Assam government would buy the gold from the RBI and give it to the beneficiaries directly, Sarma told Reuters on Thursday.

Indian brides traditionally get gold, which helps make the country the world’s second-biggest buyer of the metal after China. The World Gold Council expects India to consume 750-850 tonnes of gold this year.

Sarma said the state would also give electric bikes to girls who score at least 60 percent in school-leaving exams, for getting to places of higher studies.

He rejected opposition accusations he was making “fake promises” to win votes. Political parties and candidates find different ways to give presents to voters. In the past, gifts have included electric fans, laptops, pressure cookers and televisions.

Under the election law, the gift-giving has to stop once an election date is set.